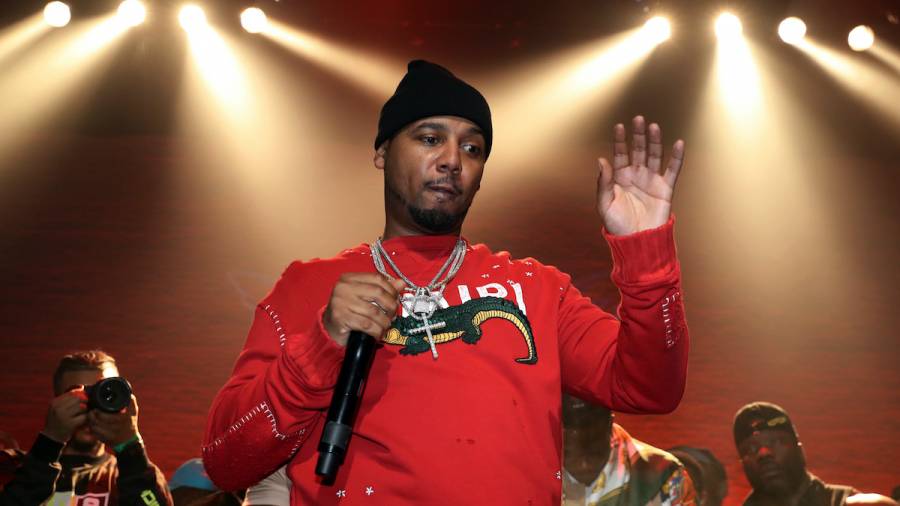 Juelz Santana can finally return to living a regular life. The Harlem, New York rap legend has been on probation after sitting in prison for almost two years on weapons charges stemming from an incident at Newark Liberty International Airport in New Jersey in 2018. He’s been keeping a low profile, but he’s officially back to say he’s a free man.

On Thursday (February 24), a clip of Juelz hanging out with some friends circulated on social media, and he had some revealing news to tell his fans waiting on him to pop back out again. The video shows the Dipset rapper taking a handful of eighths from his friend who asked him what was going on.

“Yea, this perfect timing too,” Juelz said as he was handed the bags of weed. “Fresh off papers two days ago. Yesterday as a matter of fact. Yeah, wassup? I can blow whatever I want you heard, and knockout.”

While he catches up on all the vapors he’s been missing out on, fans are expecting Juelz to hit up the studio and get back on the music scene. His last project came in 2020 with a mixtape titled #FREESANTANA, and we saw Juelz catch a crushing Verzuz defeat with his Dipset brothers Cam’Ron and Jim Jones at the hands of The LOX in August.

Juelz can also start flying again now that he’s off probation. In April, the 40-year-old attempted to take a flight to Miami for a work trip but was denied by a judge after the feds claimed he failed a drug test.

Feds claim Juelz Santana was trying to go to Miami with two convicted felons, which isn’t allowed on supervised release. The Assistant U.S. Attorney also said his urine sample tested positive for opiates and methadone, which Juelz said was a mistake.