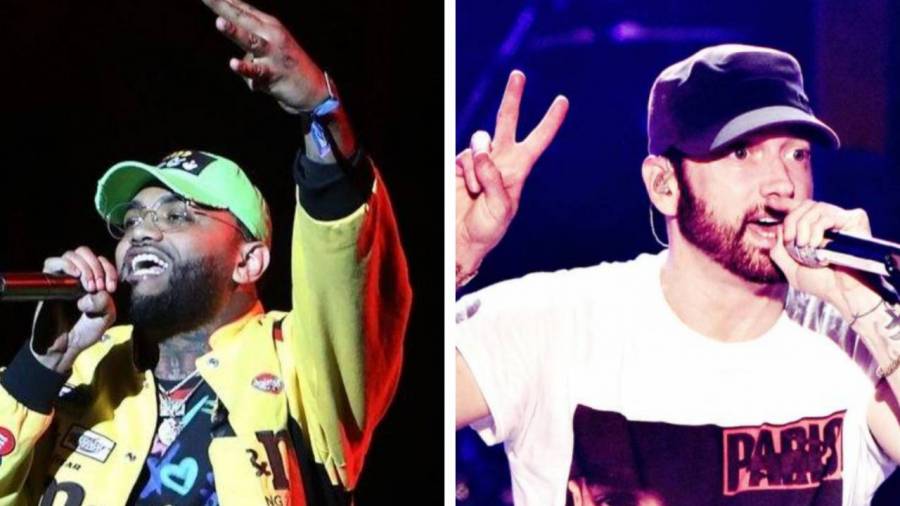 Joyner Lucas ended up squashing his years-long feud with Logic when the former adversaries teamed up for “Isis” in 2019. The Worcester, Massachusetts rapper took to Facebook on Sunday (November 15) to explain Logic wasn’t his first choice to collaborate with on the ADHD standout.

“Eminem was originally supposed to be on ‘ISIS,’ Joyner wrote about how he was supposed to return the favor for appearing on Eminem‘s “Lucky You.” “I waited a month for his verse but at the time he was finishing his album and couldn’t give me a date.”

He continued, “So After i made amends with logic he invited me over to his house and i played it for him. He went crazy and knocked it out on the spot. That record will be 2xs platinum next year. Lol crazy right?”

“Isis” would go on to peak at No. 59 on the Billboard Hot 100. The militant visual accompanying the track boasts more than 60 million views. During his guest verse, Logic uncoversed that Royce Da 5’9″ actually played an integral role in bringing his feud with Joyner to a close.

Joyner’s clash with Logic began when Logic took longer than expected to hop on a track with Joyner and Tech N9ne. When his verse did finally come in, Joyner wasn’t happy with Logic’s lackluster performance. He later called the now-retired rapper “corny” in a 2017 Billboard interview.

“I just think he’s a corny guy,” Joyner said. “When Tech N9ne initially gave me the record, I was excited about Logic being on there, but after that much time went by and the verse he gave was so disrespectful, I felt like he gave Tech that verse on a count of me being on the record. I felt he was upset I was on the record and gave a wack verse. I think if that was just a Tech N9ne and Logic record, he would’ve never did that. That definitely rubbed me the wrong way. I took that a little bit personal because that was real disrespectful.”

Eminem’s 2018 “Lucky You” collab with Joyner landed on his Kamikaze album and reached the top 10 of the Billboard Hot 100, where it peaked at No. 6.