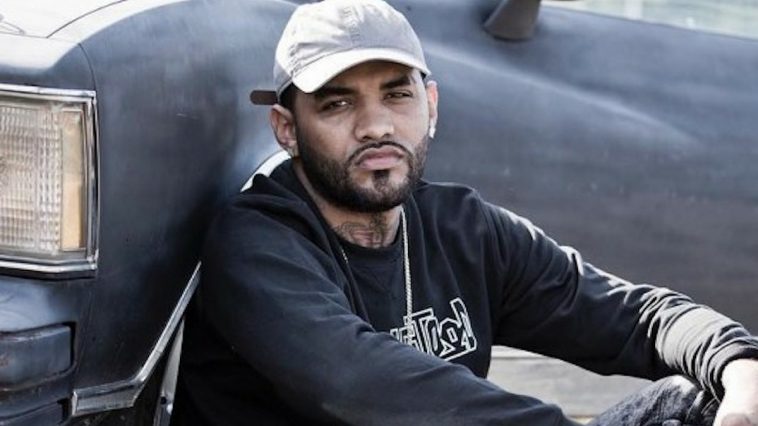 Lollapalooza might find itself looking for a new artist after Joyner Lucas took to Twitter, accusing the festival of printing his name too small on fliers before throwing shade at Machine Gun Kelly.

In a series of tweets, the ADHD rapper aired his grievances with the festival as well as other artists, namely MGK. His first tweet expressed his displeasure with the other artists whose names were surrounding his on the flier.

“These festivals is gon stop playing with me like I ain’t that n****. Putting my name next to the names of a bunch of random n**** that nobody heard of and offering me a weak a** [money bag emoji]. Then I say no to the offer and these h** a** n**** put me on the flier anyways.”

He then took the opportunity to address the disconnect between his perceived current state of success and his position on the flier.

“I’m the biggest independent artist period with the exception of my n*** tech. And I got the numbers & the fans & the [money bag emoji] to back that statement up. How is it that these festivals keep tryna bunch my name up with a bunch of n****who ain’t on my level?. n**** I’m JOYNER LUCAS. [emoji face with raised eyebrows]”

He then definitively let his followers know that he will not be playing at this year’s Lollapalooza.

“All I know is @lollapalooza better take my f***** name off that flier. I ain’t agree to that lineup and I don’t want that weak a** [money bag emoji] n***** tried to give me. Next thing I kno the flier goes out and they gon put my name in some tiny a** letter like i ain’t me. F*** outta here!”

To further illustrate his point, he attempted to provide a visual description of how small his name was, cracking a joke about needing a microscope and sharing a photo of newsprint with tiny writing and a red circle surrounding words too small to read.

“Bro hit me up today asking me what time is my set at @lollapalooza. I said huh? went and looked at the flier and had to find a microscope to find my name. [emoji face with raised eyebrows]. Disrespectful. They said i had to get my numbers up to be respected. So I went top 10 billboard independently. Still this…. @lollapalooza be like “and if you look real close WE ALSO GOT JOYNER LUCAS on the lineup”…

He also took aim at MGK, who is one of the festival’s headliners, tweeting the following with a picture of MGK showing off a black tongue:

“Then you got this goofy ass n**** headlining? Smh how sway?”

He concluded by referencing Eminem‘s beef with MGK from 2018 in which the two released opposing diss tracks aimed at each other.

“someone said “don’t bring out the rap devil”…[crying emoji] maaaaannnn listen. Lol What my brother Marshall did to this n**** @machinegunkelly is light compared to what’s waiting if he wanna walk down that street wit me. Ain’t nobody worried bout a n**** who paints his nails. [nail polish emoji]. foh”

For reference, the flier is shown here with Lucas’s name circled in red.