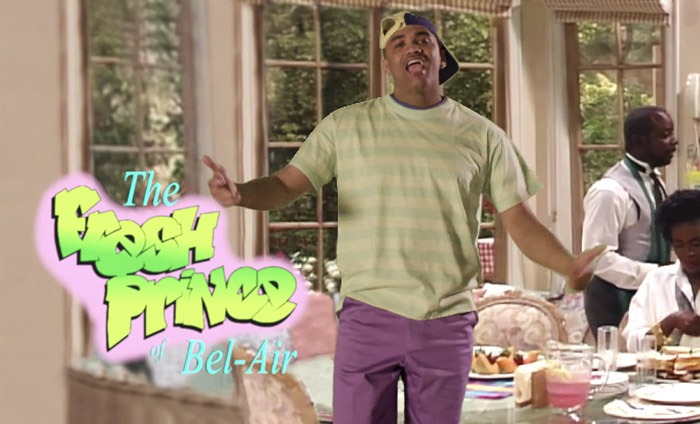 Joyner Lucas is paying homage to Will Smith.

In anticipation of his upcoming album ADHD, the Massachusetts rapper drops off his latest video for “Will.” The four-minute clip serves as a tribute to Smith and finds him recreating the Hollywood legend’s iconic roles starting with “The French Prince of Bel-Air.”

“I’m feeling like Will / I think I’m a prince / I’m feeling myself,” raps Lucas.

After switching into Will’s Bad Boys character Mike Lowrey, he suits up for Men in Black and dons cowboy attire for 1999’s Wild Wild West. He also tackles other famous Smith roles including I, Robot, The Pursuit of Happyness, I Am Legend, Concussion, Aladdin, and even Smith’s animated character Oscar from Shark Tale.

At the end, he transforms into Smith himself. “Thank you for helping me build my wall,” Lucas tells his idol.

The video, which has over one million views, caught the attention of Smith, who offered his co-sign. “Dude, I am humbled and honored,” he said. “I just love what you’ve done, it’s creative. This video is ridiculous.”

“Will” can be found on ADHD, which drops Friday featuring Young Thug, Logic, Fabolous, and Chris Brown. See the tracklist here.