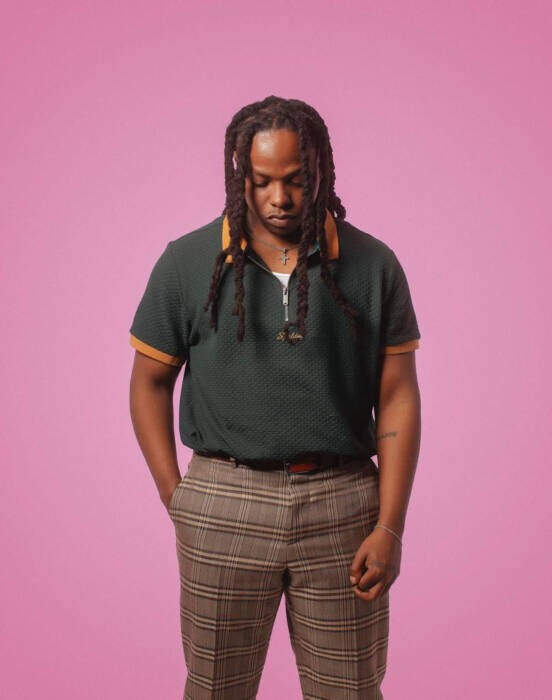 Equally adept at crafting entrancing flows and sharp lyrics, Puerto Rico’s Joyce Santana is building a reputation as one of the island’s most versatile artists. Lost in contemplation as he makes his way to the woman he loves, Joyce shares the video for “Dormir Sola,” a highlight from his recent EP, A Quien Pueda Interesar. The song finds Joyce showing off his skill with easy melody, while he tells the story of how his statements of devotion are sometimes contradicted by his actions–she doesn’t want to sleep alone, and he doesn’t want to let her, but why is he still at the club? In the video, Joyce takes a long late-night cab ride on a mission to reach his beloved, but things aren’t as simple as they seem.

Puerto Rican rapper Joyce Santana is known for his intricate lyricism, but he can be even more impressive when he cuts loose for a party anthem. The Rimas Ent. signee shares “Besties,” a fun-loving video for his recent duet with burgeoning Boricua Young Miko. Blessed with a ping-ponging trap beat courtesy of hitmaker Young Martino, “Besties” is a dancefloor-filling banger, as Joyce and Young Miko trade bars that alternate from flirtatious to hard-hitting and back again. The video finds Miko and Joyce in a crowded nightclub, cutting between footage of the two rising stars performing the song with still photographs of San Juan youths living carefree in the city’s vibrant club scene.

In this exclusive interview with HipHopSince1987, rising-star Joyce Santana talks to Digital Crates about his life and music.

After grinding for about ten years he is reaching a new level of success with some of the same people he started making music with in the first place. He is a versatile artist and has a wide range of musical styles. He describes his sound as authentic and he creates to make music for people to reflect on their own lives while listening. His goal is to connect with the listener and be truthful and relatable.

He was inspired by some of the greats such as El Calderon and Daddy Yankee and hopes to bring the feeling from that era to the new one. Music is just step-one in his career, as he aims to be remembered for much more than just his songs. He has overcome music industry obstacles to the point where he can mainly focus on making great music and videos. He is hoping to take his music from the clubs to the festivals going forward to reach more people with his performances.

He plans to drop a bunch of new music this year and feature some of the other up-and-coming artists out of Puerto Rico. His advice for upcoming artists is to be authentic and really love what you do. He is thankful for his fans and promises to stay true to improving his craft and making great music and videos.

Joyce is currently preparing a new album to release later this year and armed with his notebook of bars and a willingness to experiment, he’s ready to put the worlds of hip-hop and reggaeton on notice. Stay tuned for much more from Joyce Santana in the coming year.