Jordan Brand recently held its 18th annual Jordan Brand Classic and to celebrate, the classic sneaker brand has teamed up with Microsoft and Xbox for a new giveaway that will bring sneakerheads and gamers together. Xbox’s latest console is the Xbox One X, meanwhile, Jumpman’s latest silhouette is the Jordan Proto React. This giveaway will see the console and the shoes bundled together for two lucky winners.

What’s interesting about the console is that it will be modeled after the shoe that is being given away. Proto React details can be found on each console, with each Xbox receiving inverse colors. For instance, one of the consoles will be white with black highlights while the second will be black with white highlights. As for the shoes, they will feature a white upper and a black react midsole. 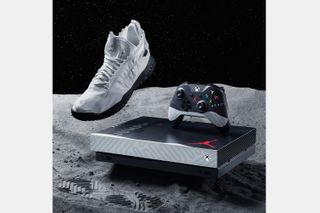 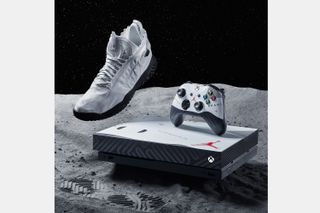 If you’re looking to enter the contest and have a shot at winning this awesome prize pack, simply retweet the Tweet below before May 3rd which is the day the contest officially wraps up. Contest rules can also be read in the post below.

Good luck to all of those who enter.