Last week, we reported that Johnny Manziel’s wife Bre Tiesi removed his name from hers on Instagram and wiped all traces of him from her social media. Rumors circulated about a breakup and it appears as those rumors have been confirmed thanks to some comments posted to one of Bre’s latest Instagram posts. Tiesi is seen replying to people calling her a golddigger, by explaining that she would still be with Johnny if it weren’t for the fact that “vows were broken.”

“U been married? U been betrayed? I don’t do betrayal for a person I was devoted to period. Vows were broken f*** money and f*** u and every other loser on here,” Tiesi told one commenter.

The model got even more hostile with the haters, telling one person “Maybe u should wonder why I would leave him instead of worrying about ‘money’ lucky for him I don’t air out personals and lucky for u you are behind a screen u low life.” 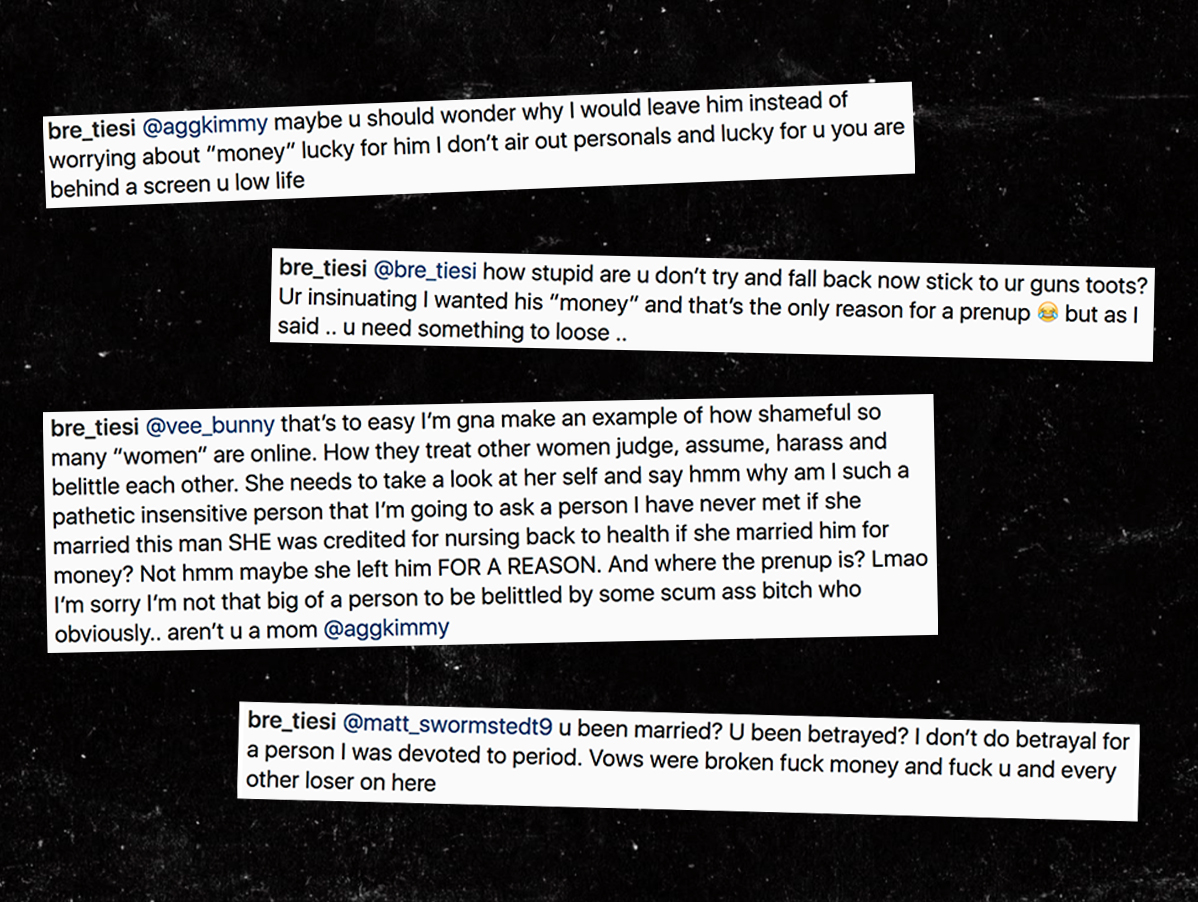 It seems as though Tiesi is trying to imply that Manziel cheated on her, but there is really no way to tell for sure. So far neither party has filed for divorce.

It was an interesting week for Johnny Football as he made his debut with the Memphis Express on Sunday.