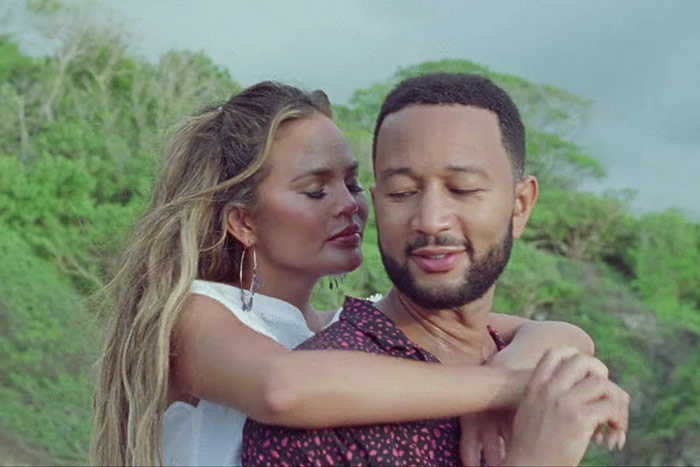 John Legend and Chrissy Teigen are expanding their legendary family.

The superstar couple has revealed that they are expecting a third child. They made the revelation in Legend’s romantic new video for “Wild.” A pregnant Chrissy can be seen holding her baby bump while her husband embraces her on the beach in the final scene.

This will be the third child for the couple, who also shares a daughter Luna, 4, and son Miles, 2. Both appear in the stunning visual, which was filmed while the family was on vacation in Mexico and captures their love story.

The video was directed by Nabil Elderkin, who introduced the couple 14 years ago on set of Legend’s video for “Stereo.” “Wild” is Legend’s second video directed by Nabil following the romantic “All of Me,” which also starred Teigen.

The song, which features Gary Clark Jr., can be found on Legend’s latest album Bigger Love.