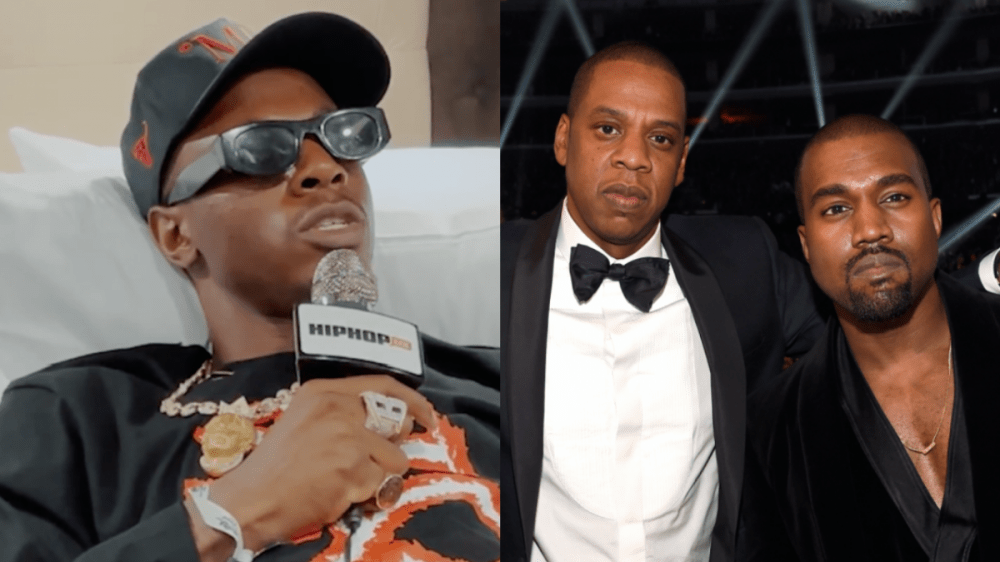 New York, N.Y. – Joey Bada$$ caught up HipHopDX at Rolling Loud New York to discuss all things new music, his health regiment, conversations with the late Capital Steez and much more. At one point in the interview, he explained how watching old videos of JAY-Z and Kanye West helped him embrace the unknown.

“If an opportunity misses me, I simply accept that it wasn’t for me and God or the universe has something better in store,” he began. “I don’t even trip over missed opportunities anymore ’cause it’s like, why? There’s life to live. I think the most interesting thing, you can go back to old JAY-Z interviews, you can go back to old Kanye West interviews – and Kanye’s actually a good example. You can tell that they don’t know what lies ahead of them and that’s the most beautiful thing.”

He continued, “‘Cause even back in ’08 when Kanye was doing these interviews, to me he’s like, ‘Wow, he’s this big superstar.’ But now look at him. Who would have thought that this is what was lying ahead of him? Same thing with JAY-Z. Same thing with a lot of our favorite artists. I’ve submitted to that, I’ve accepted that. I know that this is 2021 and I’m doing so great, and I have no idea what lies ahead. But just with me surrendering and accepting things as they come, I know that it’s gonna be great.”

The Brooklyn rapper believes everyone should be willing to challenge themselves and move away from what’s comfortable.

“I feel like we have to lean into the unknown more,” he said. “That’s where life truly wants us to be. Life is about exploring. Like, if you stay in this comfort zone, how do you expect to grow? You gotta push yourself toward the unknown, things that you don’t know. That’s how you expand.”

In 2016, Joey Bada$$ claimed JAY-Z tried to sign him to Roc Nation but he decided to continue down his own path — thanks to advice from Hov himself.

“That moment made me know that I could do anything,” he says. “I even read JAY-Z’s Decoded book and there’s this one chapter in there where he went to go meet with Russell Simmons to sign with Def Jam. He said his only thought was sitting across the table from Russell Simmons was, ‘Damn, I don’t wanna sign to this n-gga. I wanna be this n-gga.’ I kinda had that same perspective. But shit, shout out to Jay, man, because he was on it before a lot of people.”