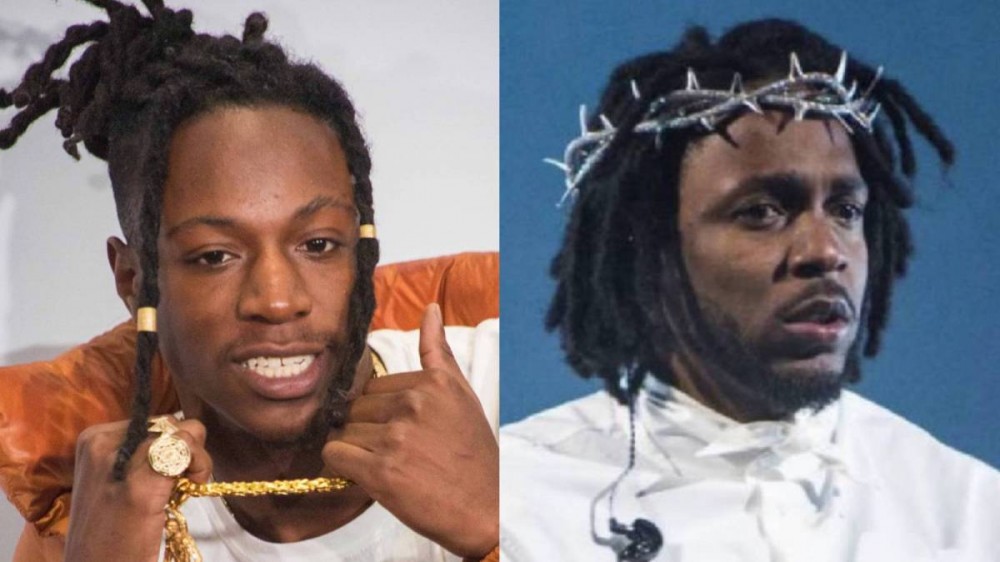 Joey Bada$$ wanted to make an album in the same vein as Kendrick Lamar‘s Mr. Morale & The Big Steppers before coming up with the idea for his latest project, 2000.

The Pro Era leader sat down for a conversation with The Ringer when he revealed that he had plans for an album that would be focused on therapy and told through a different perspective that would keep his fans engaged.

Mr. Morale hears K. Dot reflect on his personal life and journey to becoming who he is today, two things that Joey said he could relate to.

“It’s funny: I was working on an album that was similar to Kendrick’s, because I also went through the whole therapy thing,” the Brooklyn native said. “The concept that I was going for was I was going to be speaking to my therapist throughout the whole album. It’s always interesting. Me and Kendrick, we’ve got this interesting relationship. I know he feels it too.”

He added: “We spoke on it over the years. Great minds think alike. He’s a Gemini. I’m Aquarius. I also got Gemini on my chart, so there’s a lot of similarities. A lot of things he does resonate with me deeply, but shit, I’m glad I chose to switch my concept, because then it would’ve been two of these like-minded projects with these like-minded individuals.”

Joey Bada$$ also spoke on 2000 not being a conceptual album. The sequel to his 2012 breakout mixtape 1999 was released in July and debuted at No. 25 on the Billboard 200 chart. On the album, the rapper reflects on his position in the game and how far he’s come since his debut.

“I made a decision that I didn’t want [2000] to be a super heavy conceptual album,” Joey said. “I define this album as a lifestyle album. It’s true to character. It’s true to my life. It’s my experience as a man now, 10 years into the game. This is like a victory lap, if you will.”

According to the 27-year-old, he didn’t want to look back on the things he bounced back from or let any of that energy back into his music. His goal was to put music out that felt like growth.

“As I progressed out of that time in my life, I didn’t want to represent myself with that energy that I had overcome,” he said. “I actually wanted to be more, like you said, lighter on my feet. I wanted to be more just true to character. I wanted this music to feel good. I wanted this music to feel like a progression. I didn’t want it to feel like depression, especially after we spent two years in the house.”

Joey Bada$$ has the utmost confidence in his work, too, as he hopped on Twitter on Sunday (September 18) to claim the perfect rap album title for 2000.

During a visit to the Breakfast Club last month, Joey spoke about his experience with therapy and its positive impact on his life — including bringing him a “stillness” that he previously never knew.

“I started going to therapy back in 2020,” he said. “For me, I needed that shit. I didn’t know stillness in my adult life. I hit the ground running at 17 years old, I was still a kid, still in high school and was forced on an accelerated growth.

“I didn’t realize for about five, six years, I didn’t stop. I hadn’t got any type of still time. I hadn’t had real time to connect with my family — even more importantly, myself. So when I finally got that space and that time, I just went real deep inside and I realized things that I needed.”

He added: “I need to be held accountable for my shortcomings. I need those to be pointed out to me, because I’m what you call a self-improvement junkie. I’m committed and devoted to being a better version of myself every time I show up.

“Therapy was definitely an outlet that I saw to bring me closer to a higher self-awareness and state of being.”