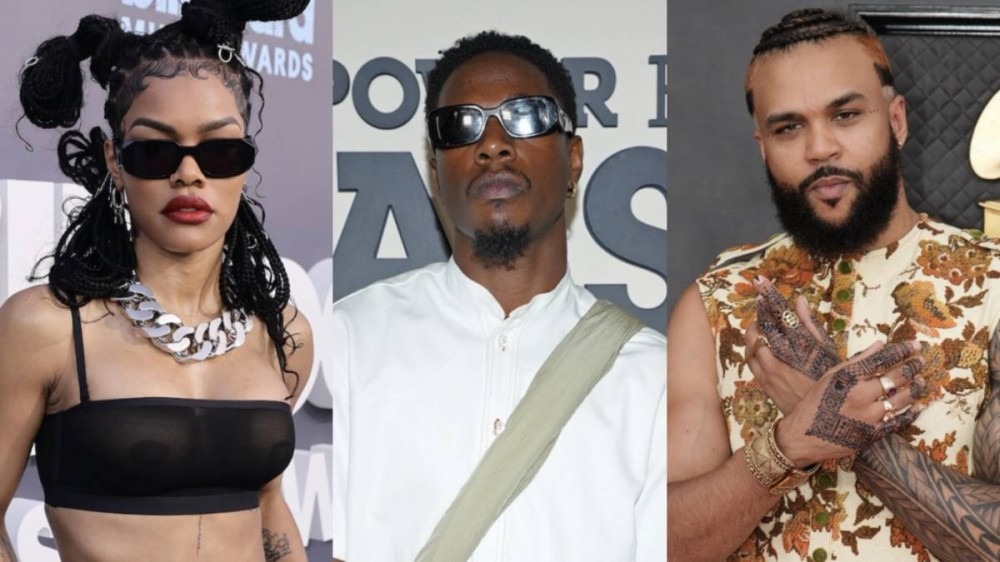 Joey Bada$$, Jidenna and Teyana Taylor held nothing back during a conversation about polyamory on episode two of the Bumble series Luv2SeeIt.

The episode aired on Wednesday (August 24) and finds the three artists and Bumble user Whippa Wiley speaking on the controversial subject and monogamous relationships. Jidenna was first up to bat as he spoke about his experiences with polyamory and how it affected him.

“When I started the polyamory thing, I was not like this,” Jidenna told Taylor. “I did not know how to talk about what I was going through, and I didn’t know who to talk to, especially in the Black and Brown community. There’s not a lot of us.”

Jidenna revealed he and his partner are now in a monogamous relationship after being open to seeing other people. On the other hand, Teyana dove right into her story of engaging in threesomes with her husband, Iman Shumpert.

“People be surprised by how the woman initiates a lot of stuff,” she said. “I’m not poly, but when everybody heard that me and my husband had threesomes before, they were like, ‘she’s willing to do that to keep a man,’ but that was all me!”

Jidenna added in response to women initiating: “It doesn’t have to be an L. If you’re really about it, it doesn’t have to feel like, ‘damn, I’m less of a man.’ It can actually feel like you’re more of a man because you believe in the power of the woman that you’re with.”

Joey Bada$$ joined the crew later in the episode and spoke on a claim he made during an interview on Angela Yee’s Lip Service where he expressed having a bevy of wives on his side. According to Joey, even though he wanted that, he reiterated that’s not something he’s seeking at the moment.

“That’s how I felt in the moment. It’s not anything that I’m like seeking. It was just a disclaimer I had to put out there to the world like ‘by the way you know I’m fully capable of being in such situations.’”

He added, “I believe that most of us are out here dating and if you’re not in like an exclusive partnership with someone then its like kind of a form of polyamory. It’s just not as explicitly put.”

The conversation ended with a moving message from Wiley, who stressed the importance of transparency in relationships.

Jidenna added: “And don’t throw the judgements at not living like somebody else’s life.”

Watch the full Luv2SeeIt episode below.