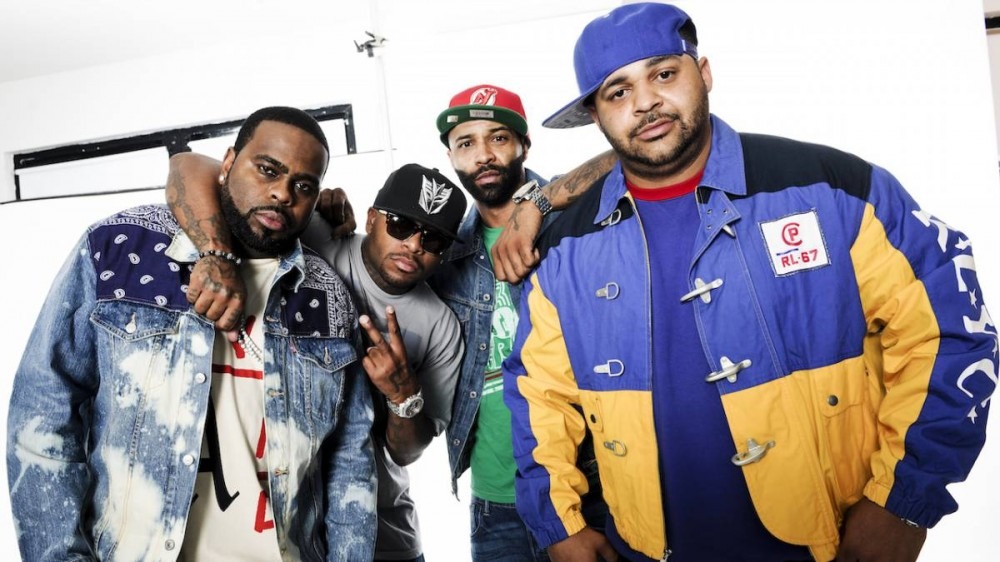 The original lineup of Slaughterhouse featuring Joe Budden, Joell Ortiz, KXNG Crooked and Royce da 5’9” has found themselves at odds with one another recently.

After Crooked and Ortiz revealed they were releasing a follow-up to their H.A.R.D. EP entitled The Rise And Fall Of Slaughterhouse, the other two group members quickly sounded off about it. It all culminated in a verbal sparring session where an attempt to clear the air only sullied things even more.

During an hour-long argument captured on Instagram Live, Budden remarked he wished nothing but the best for Ortiz, the Brooklyn rapper asked for Budden and fans to check out H.A.R.D. with an honest opinion, a statement Budden didn’t take too kindly towards.

“Tell ’em what album? Suck my dick, are you kidding me?” Budden asked. “You want people to listen to this clown show?”

Ortiz rapidly fired back, “N-gga, suck MY dick! Don’t go there, don’t do that.”

After Ortiz jumped off the live following Joe’s comment, the Joe Budden Podcast host scoffed at the notion altogether.

The original issue arrived because Budden and Ortiz agreed the group had “bad business.” The four-man outfit only released one album together, 2012’s welcome to: OUR HOUSE, before disbanding in 2018 and officially being off Eminem’s Shady Records in 2021.

In February, Royce took to Instagram to show he wasn’t here for an attempted Slaughterhouse project without his involvement, as he and Budden’s names are still fondly attached to the brand.

“You have 25% ownership/equity in a building,” Royce began his post with a hypothetical anecdote. “Let’s say an apartment building… You built this building with your 3 partners, brick by brick.. It’s worth millions.. Suddenly, the value drops because it needs renovations etc .. You and your partners have been talking about when and how this work is gonna get done.. Y’all just need to agree on plan of attack.

“Meanwhile: You and just one of the other partners receive an offer 2 build another building together but with just the 2 of you,” he said. “Minus your other 2 partners… Yes… There’s a check involved.. BUT… Just One Catch: You have to burn down the building you already have without informing your other 2 partners in order to do so.”