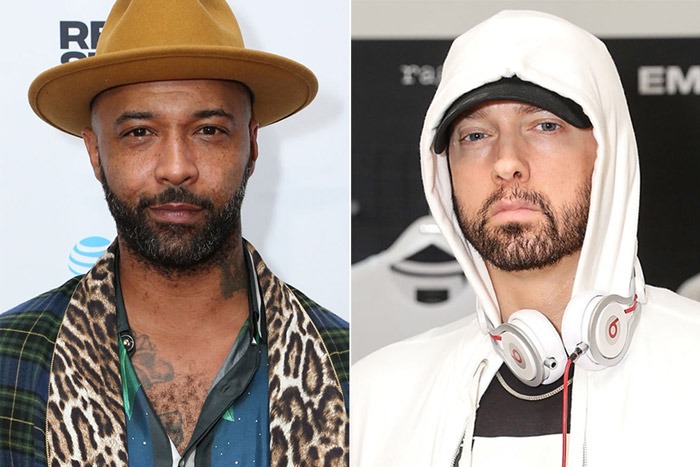 After Slim Shady dissed him on his new album Music To Be Murdered By, Budden is speaking out. On the latest episode of “The Joe Budden Podcast,” the Slaughterhouse alum says he wants the Detroit rapper to stop dissing him.

On the Anderson .Paak-assisted “Lock It Up,” Em calls out his former Shady Records signee. “Tryna save at Kroger / So why would I give a fuck about backstabbin’ Trader Joe for,” he raps.

But Budden says he’s done with the beef. “We had our exchange and it’s over. In 2020, I can’t harbor negativity toward not only one of the best rappers but somebody who I’m not angry at. That’s what we gotta stop doing,” he said.

Their fallout dates back to 2017 when Joe shared his thoughts on Eminem’s Revival album. Em fired back on his Kamikaze track “Fall” (“The closest thing he’s had to hits is smacking bitches,” he raps). Budden later declared that he had been a better rapper than Eminem for the last 10 years. “I’ve been better than you this entire fucking decade!” he said.

Music To Be Murdered By also features “I Will,” a collaboration with Joe’s former Slaughterhouse bandmates, KXNG Crooked, Royce da 5’9″, and Joell Ortiz.