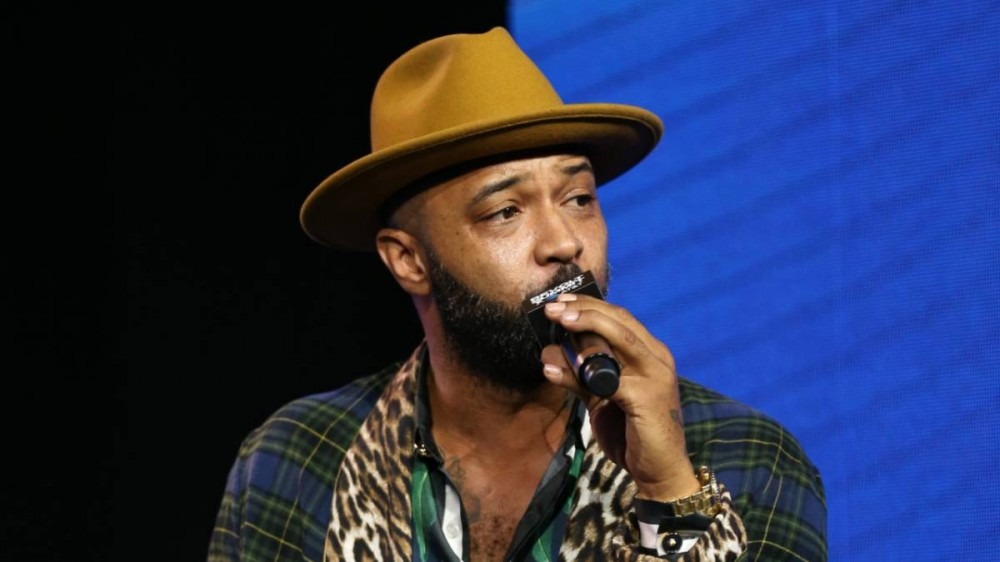 However, the biggest moments from the show sometimes came from the co-hosts themselves, with Joe Budden and DJ Akademiks frequently butting heads during the former Slaughterhouse rapper’s brief but impactful tenure.

As it turns out, Akademiks — who has since launched his own podcast on Spotify while remaining a prominent source of rap news and controversy — wasn’t even earmarked for Everyday Struggle to begin with.

“Everyday Struggle was supposed to be me and Elliott Wilson,” he said, prompting audible surprise from DZA and Broadway. “And we would look for a moderator. That’s what was supposed to happen.”

However, Wilson — who joined TIDAL as Editorial Director of Culture & Content in early 2017 and headed up XXL magazine and Rap Radar before that — pulled out before the show got off the ground, leaving Complex to search for a suitable replacement.

“Then Elliott called and was like, ‘I don’t know if I’m doing it, Joe. I got an offer over here, I’m living over here. I think I’m pulling out out of respect for you, I’m letting you know,’” Budden added.

“Then it was like, ‘Ok, now we have a genius concept, but these shows are personality based and that’s a chemistry thing. When you have to search for chemistry, you are in a bind. So Noah [Callahan-Bever] at Complex, he was like, ‘Alright, I’ma just start bringing some people in, we’ll start looking at some people.’ And Ak was one of those people.”

Budden admitted that he didn’t warm to Akademiks when they first met, but he knew the friction between them would make for great entertainment. Over time, though, his opinion of the blogger/social media personality changed.

“As soon as he left, I said, ‘He’s it. That’s the one,’” Budden remembered. “I didn’t know much about him. I knew he had a following, I knew they were big on him, but I didn’t know him. And I didn’t like him… and that was perfect.

“This is a hit! We out now! It’s not, ‘I don’t like him personally,’ but some of this Hip Hop shit that he’s on, I don’t know. Ak is a work horse, too; before we started the show, Ak started coming to my house, him and Lyric, the producer of the show.

He continued, “Now they just in the crib and we coming up with how we’re gonna approach this thing and how we want it to look and feel. Ak was dedicated, man, and once we started working, I fell in love with Ak!”

“Spotify calls [Complex]. They want us to talk about a RapCaviar playlist. They want to insert topics for me to speak about candid under the guise of it being candid, for no money or very little money,” he said. “As the creator of this show, that’s a problem.

“So Joe says, ‘No.’ Know what [Complex] say? ‘Fuck you, Joe, we’ll do it without you.’ Know what Spotify said? ‘Sorry, Complex, no you won’t’ … I cannot create a show, and you sell the fucking properties of that show, without cutting a slice to the n-ggas that make that show fucking possible.”

While an official reason was never given, Akademiks cited his suspension for calling John Legend’s wife Chrissy Teigen a “bitch” and feud with Freddie Gibbs as factors behind the show’s demise.

“It was a very weird moment with the Chrissy Teigen thing, but it wasn’t only that,” he said during a Twitch livestream at the time. “I received calls from them about other content that they felt I probably shouldn’t been engaged in.

“I felt like it was a spit in the face when Complex was trying to tell me I should ‘shut the fuck up’ … and they awarded some sort of award to Freddie Gibbs, even though he was saying he couldn’t wait ’til I die so he could spit on my casket.

He added, “This is what I also what I said about Everyday Struggle. Joe [Budden] once said it, too, but I also agree: You don’t hire a controversial figure to not have controversy.”