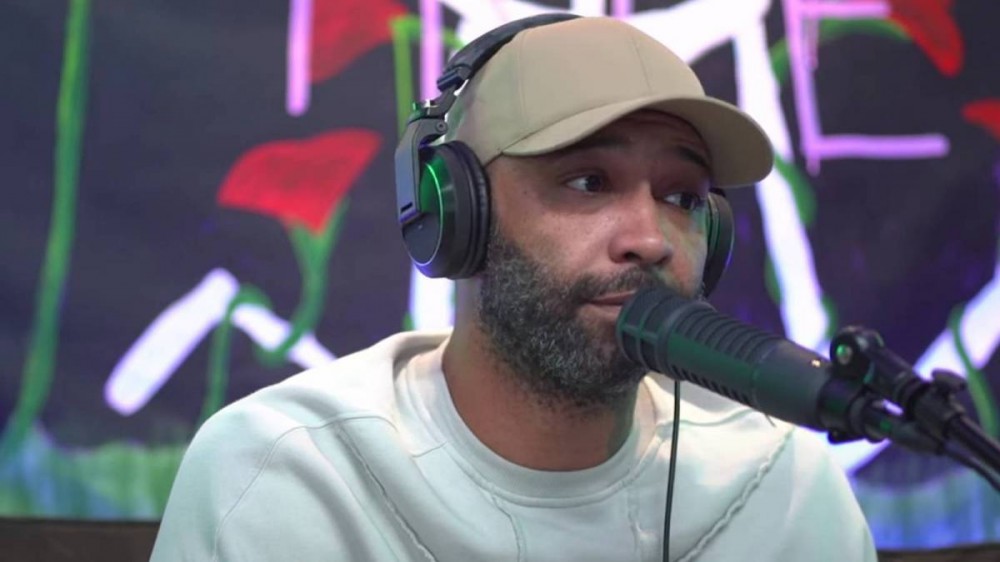 It’s not unusual for Joe Budden to trend on Twitter — whether he’s beefing with former Joe Budden Podcast co-hosts Rory and Mal or just saying something outrageous.

But Twitter is struggling to wrap its collective head around Budden’s latest trend-worthy moment. On Thursday (November 4), a clip of Budden co-hosting Episode 485: “Y’all Must Be New Here” of his popular podcast started making the rounds in which he blatantly states he’s attracted to both women and men.

The cat is out of the Bag: Joe Budden is comes out as Bisexual & wants to spread the News! pic.twitter.com/u0Z2vY6ltq

Of course, it didn’t take long for Joe Budden’s name to pop up all over Twitter. After all, Budden has always been romantically linked to women. The Slaughterhouse alum proposed to video vixen and Love & Hip Hop: New York personality Cyn Santana in 2018 after having a son together. He’s also dated Kaylin Garcia, Yaris Sanchez, Esther Baxter, Tahiry Jose, Gloria Velez and Christina Milian.

But anyone familiar with internet shenanigans had to have known Budden wasn’t actually talking about himself. The clip was part of a longer conversation about DaBaby’s Rolling Loud Miami controversy and the LGBTQ+ community’s alleged forgiveness over his perceived homophobic comments.

As Joe Budden and co-hosts Ish and Ice were discussing the topic around the 53:00-minute mark, the show’s namesake says, “I like boys and girls,” prompting someone to isolate the clip and throw it on the internet.

Playing into the misconception, Budden later tweeted, “Ahhhh, I see the word got out!!! Continue to spread the word pls.”

Ahhhhhhh, i see the word got out!! Continue to spread the word pls

Like Joe Budden and his co-hosts were saying, DaBaby recently agreed to a massive tour backed by Rolling Loud, the same festival that inadvertently led to his alleged “cancelation.” As for the LGBTQ+ community, one of the organizations DaBaby allegedly met with to educate himself on the gay community, Relationship Unleashed, denied they’d forgiven him.

In a statement published on The Unleashed Voice magazine, Clemons wrote, “90 percent of the information posted on TMZ website about what Relationship Unleashed shared via email is completely false and that this article has the potential to cause irreputable harm to the organization.”

Whatever the case, Twitter ran with the clip and had all kinds of jokes at Budden’s expense. Check out some of the best reactions below.

Me finding out that Joe Budden is bisexual pic.twitter.com/gucnbGmf7I

I did not have Joe Budden being bisexual on my 2021 Bingo card.

So glad Joe Budden has decided to live in his truth. We always knew it though. pic.twitter.com/037xy4mJsI

this nigga joe budden jus came out as bisexual pic.twitter.com/ggK58ZXATp

When Lil Boosie finds out that Joe Budden is bisexual pic.twitter.com/RHLKvJe8UC

Joe budden saying anything to come back relevant lol

Rory getting ready for the next time he sees Joe Budden pic.twitter.com/6kmxqjoqgx

So joe budden came out as bi and he gave Nicki her flowers what’s in the air? pic.twitter.com/IOEIuzB3dP

Joe budden came out, I wonder do he top or bottom pic.twitter.com/GMGrqZfWUJ