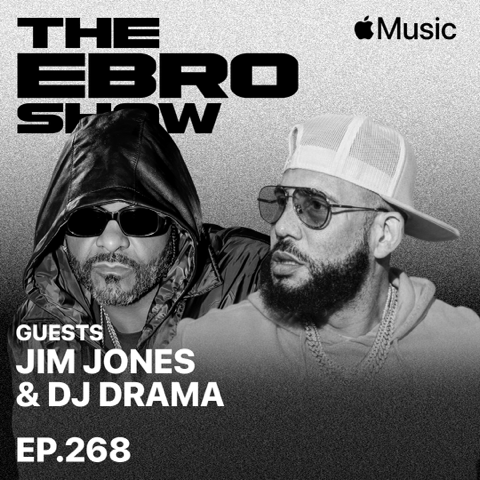 In case you missed it, Jim Jones and DJ Drama dropped off an absolute banger in their new collab project, Gangsta Grillz: We Set The Trends. To give insight on their first collaborative project in 15 years, the two popped up on Apple Music 1 with Ebro Darden to talk about the creation and what else the two have in the works.

After DJ drama revealed the new project was a product of the duo’s natural friendship, Jim Jones gave an update on what he has coming.

“I feel like we coming back wholeheartedly with the Fivios and all the young energy that they’re putting out there. With the drill music and how the drill music is starting to move further down south into the west coast,” Jones said. “We took something from Chicago and made it our own. Now it’s New York drill. It’s a sound that we known for, it’s just so much going on. So I like the way that the music industry is going in as a whole. The money is better, the stream’s work in our favor, and New York we back on the rise. No disrespecting nobody else, but we been in a black hole for a long time and people have been throwing stones at us. So now to see us rising above that black hole makes me feel very good.”

Agree that New York is coming back off the shoulders of drill? You can hear the full conversation between Jones, Drama, and Ebro here. The We Set The Trends project is available below.