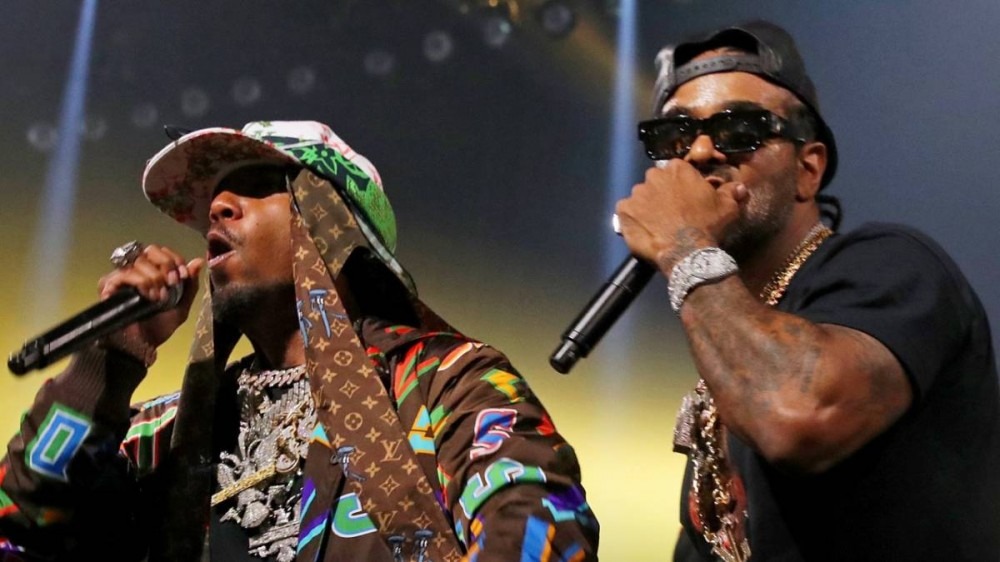 Juelz Santana is a few weeks into his freedom, and he’s already back in the lab putting in some work. The Harlem rap legend has been catching up with friends, but fans have been begging him to bless them with some heat, and it looks like their wish is coming true.

On Wednesday (March 16), Dipset’s Jim Jones took to his Instagram with a post of him listening to Juelz Santana tear apart the Migos-featured “We Set The Trends” single. Capo had already teased the remix before with DJ Khaled and Lil Wayne hopping on the track, and Juelz’s inclusion only makes fans even more hype for the final product.

The comment section lit up with reactions from DJ Clue, Fat Joe, Jay Worthy and more, who praised the supposed return of “Bandana Santana.” With Juelz hopping on the remix, diehard fans are especially hyped to hear him rap on a song again with Lil Wayne, with whom he was supposed to drop a collaborative mixtape titled I Can’t Feel My Face in the mid ’00s.

Juelz isn’t stopping there, though. Since he’s been taken off probation, Juelz Santana has been linking up with several of his peers, such as his Dipset brother Cam’ron, Dave East and Meek Mill. He also seems focused as ever, captioning each link up on Instagram with the phrases “#offPaper… #BackOutside… #WatchMeWork.”