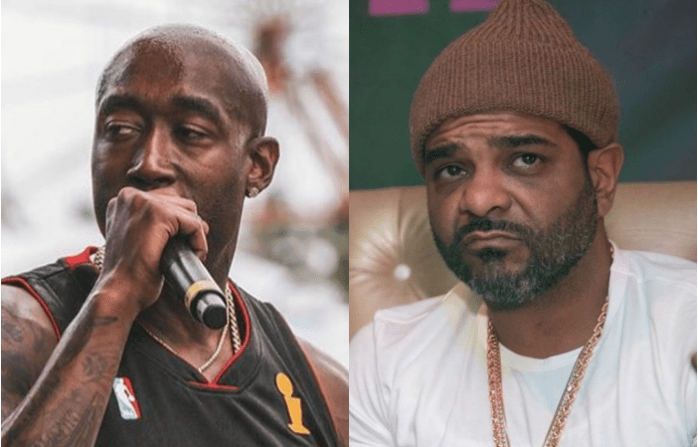 According to several posts on social media, Jim Jones has decided to keep things hot between him and Freddie Gibbs after the scuffle between the two rappers’ camps in Miami by naming his new LP after the scene of the alleged mash out.

Platinum producer Hitmaka announced the name of the joint project on Twitter yesterday(December 16), which was originally promoted with the title Hotter Than Summer.

According to reports, Freddie Gibbs’ and Jim Jones’ crews bumped heads at the swank Prime 112 Restaurant in Miami when an altercation broke out, leaving Gibbs punched in the face and his security on the floor. Despite reports of losing the fight, Gibbs appeared on social media appearing unfazed by the scuffle.

The beef between the two rappers goes back to 2014 when Gibbs claimed the Dipset capo was a fake Blood. A week later, Gibbs was shot at in NYC but denies that Jones had anything to do with the shooting.