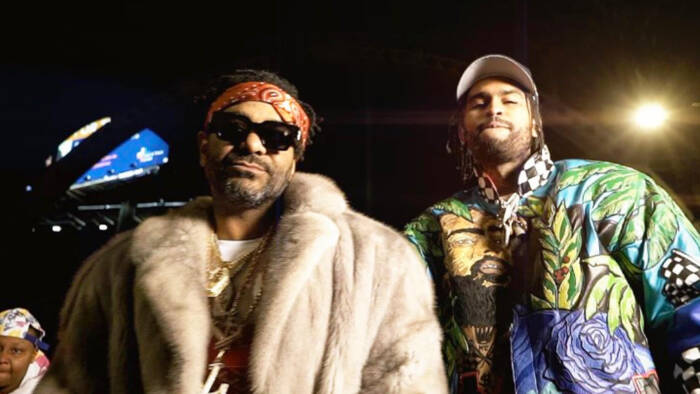 It was only right that the rappers put their best fits on with Harlem drip. Jones wears a heavy mink with flashy chains while East is seen with a graphic jacket in tribute to Nipsey Hussle. Jones exclaims, “Find me at the top I copped it off the lot.”

Jim Jones was again partnered with Rsonist of the legendary Heatmakerz for the deluxe version of El Capo, distributed through EMPIRE. The original El Capo album, one of 2019’s most critically acclaimed hip hop releases gathered over 55 million streams and 65 million video views to date.  Jones has not released much music in 2020 but has hinted at a number of projects he will be dropping over the coming months.  El Capo Deluxe consists of 14 new tracks that he and Rsonist have been “sitting on,” the perfect way to kick off a rush of new music from the Diplomat’s Capo.