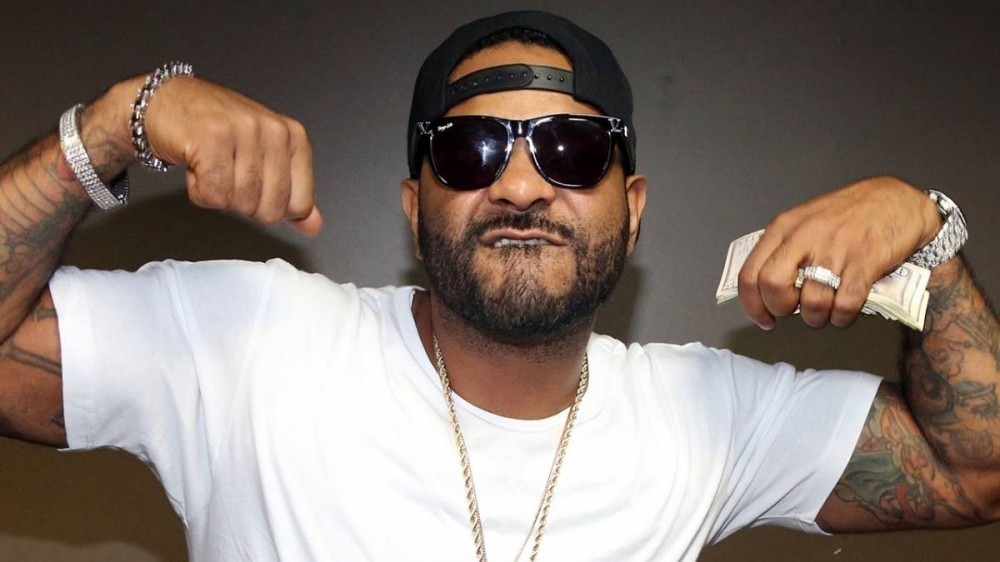 Rappers have to walk around with security due to their high-profile images, but not everyone uses them for their own protection.

Jim Jones took to his Instagram on Tuesday (July 5) with a post showing his security guard escorting him through the streets of New York City. However, Capo made it loud and clear why he was walking around with a heavy-set guy by his side.

“Trust me he only there to make sure I don’t fuck u up So he’s more ur security thn mine lol,” Jim wrote in the caption of his post.

Back in the day, Jim Jones was way more of a hothead than he is now, constantly finding himself in situations where he had to roll up his sleeves and show he was not one to play with. For example, the bottle-throwing incident with French Montana at Webster Hall in 2011. He’s much older now with way more to lose, and Jones won’t let himself ruin opportunities that he wouldn’t have gotten in the past.

Speaking of turning a new leaf, Capo recently spoke about the time he squashed his beef with Maino at an Atlanta mall. The Lobby Boyz were both shopping separately at Lenox Mall when they ran into each other on the escalator. According to the story, both men locked eyes, but things went smooth after a mutual friend stepped in.

“We had a Mexican standoff,” Maino said about the encounter during a visit to the Million Dollaz Worth Of Game podcast. “I was on the escalator going up, Lenox Mall. Jim Jones had to have 30 n-ggas with him I had my brother 80 with me, it was like four or five of us. I’m going up, and I see these n-ggas going down, and they see me and I start counting and I’m like ‘Damn, that’s a lot of n-ggas.’ So I got to the top of the escalator, something say turn around and them n-ggas coming back up.”

Jones added, “80 and Sheek, Sheek is my OG, similar to how [Maino] and 80 move. But they knew each other very tight from being in the street. So at that point, they kind of intervened, and they was saying what they was saying and it was just somehow me and him walked by ourselves to Bloomingdale’s.”

The two eventually patched things up to the point that years later they would form the supergroup, Lobby Boyz, and dropped a full-length project last month.