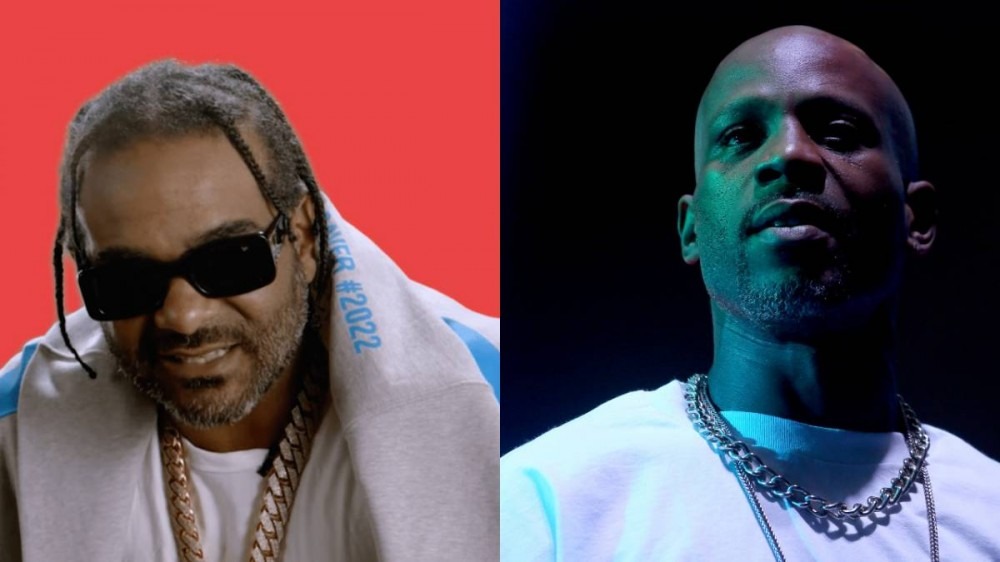 Jim Jones has taken a moment to reflect on the late DMX while remembering the raw energy he would bring to every performance.

Speaking to HipHopDX alongside his Lobby Boyz cohort Maino, Jimmy took a trip down memory lane, remembering some of the time’s he spent with X and the Ruff Ryder crew.

“Shit, I got hella Ruff Ryder memories. We kind of started with Dee [aka Darrin Dean],” Jimmy said. “Dee was managing Ma$e, but before Ma$e even got a deal. And then I remember being on tour with DMX when we first went out on tour with [Cam’ron], and watching DMX perform was so crazy because he would come out and do 60, 90 minutes set.

“I’m talking about going absolutely cray, praying, crying, going wild, ‘My N-gga’… Everything. You heard? And afterwards he’d get on stage and collapse about to have asthma attack. Every night it would happen. And he had crazy asthma.”

Jimmy continued: “But during the performance, you would never, ever knew he had a breathing problem at all. The way that boy was going wham on every show, every night. Shoutouts to Ruff Ryders. They definitely paved the way for a lot of us coming inside the game.”

Elsewhere in the interview, The Lobby Boyz duo each recalled the first time they heard their each other’s biggest tracks, and Jim Jones said that Maino’s 2009 break out single “Hi Hater” drove him nuts.

“I was mad,” Jones said. “I don’t think I ever even told you this! I was on fire when I heard that shit. This punk n-gga got a record, I’m upset! He really got a record, now he really in the game. You were on the outskirts to me before ‘Hi Hater.’ I heard ‘Hi Hater,’ I was like, ‘Fuck, man! Who the fuck…’ I kicked the posters over and everything, fuckin’ ‘Hi Hater,’ I’ll punch you right in your mouth.”

He added: “I had every indication in my mind, that was a hit record. There’s no way around it, but I was really pissed off at the time. I was the hater he was saying hi to.”

New York City was hit particularly hard by DMX’s death. Shortly after his passing, Jim Jones checked in with Power 106 to explain why it was so hard for the Harlem community to lose such a serious talent.

“Those losses are tremendous for New York. It definitely hit us hard to lose DMX who had done so much for the culture,” Jones said. “From me being able to go on tour with DMX in the late ’90s, him and [Cam’ron] were both popping. I got to see how special he was just in the beginning of everybody’s career. Just being next to him on stage every night, that man was special.”