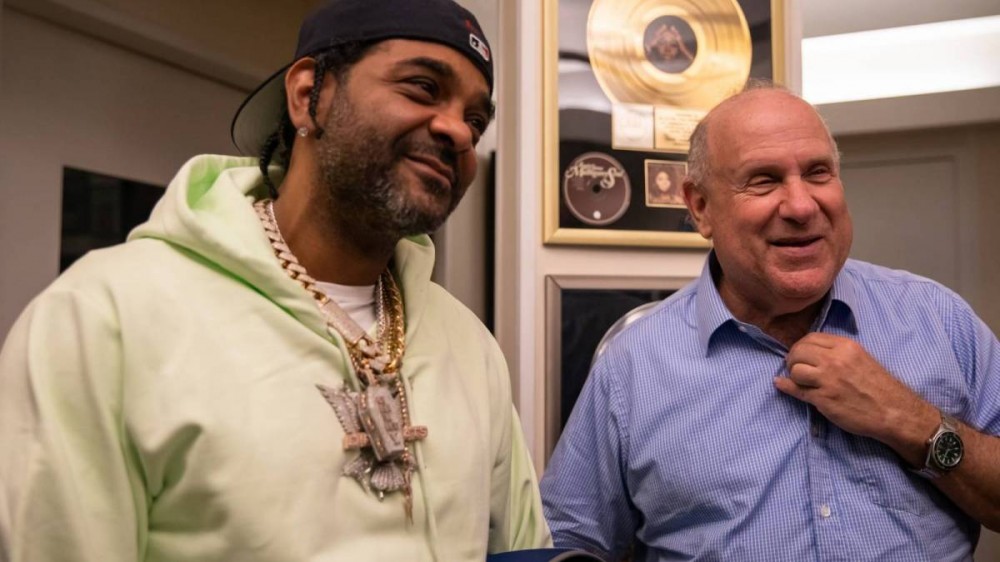 Jim Jones has been having one of the better second halves to a career in Hip Hop, and it looks like he’s keeping his foot on the pedal.

On Thursday (May 29), Jim Jones and Entertainment One announced the Harlem rap star is relaunching the ByrdGang collective with a new record label and compilation album slated to arrive in September.

For Jones, the collaboration with eOne is a full-circle moment for Capo. Jones’s first four albums were released through the label when it used to be called KOCH records. All four debuted in the Top 5 on the R&B/Hip Hop Chart and Top 20 on the Billboard Top 200.

“In my career, I’ve had some amazing experiences throughout my career because someone believed in me – me and my crew,” said Jones in a statement. “With this next iteration on ByrdGang, I’m very excited to be giving other artists the same chance that someone gave me.”

Alan Grunblatt, eOne’s President of Urban Music, added, “eOne helped launch Jim’s solo career, and I’m thrilled to be working with Jim again. He has a remarkable gift for A&R, and I look forward to showcasing new talent together.”

Jones and eOne took to The Cutting Room Studios in New York City for a special event with friends and family to celebrate the signing. HipHopDX got an exclusive with Jones where he spoke about the new label, the up-and-coming artists who he signed and more.

HipHopDX: What pushed you to relaunch ByrdGang Records?

Jones: It wasn’t something that was really on my list but because of the history of it and how dear it is to my heart, most of the counterparts that was involved in it from the original iteration are not here anymore, they locked up or things like that. But my circle was adamant about us needing to kind of like get back on that ByrdGang shit, and we here now.

HipHopDX: Your real fans know the history of ByrdGang. What does it mean to be giving the fans this new iteration of the ByrdGang movement?

Jones: Well Byrdgang, believe it or not, was always about the opportunity that was presented for the artist that was on the label and the group at the time. It’s no different from what it is now. It’s not about me. This is more so about the artist, the opportunity and the platform now that I’m able to provide for them. Hopefully, they can gain success from this compilation album and whatever music or business that we do with this platform.

HipHopDX: What’s the best thing about this fresh, new crop of artists that are a part of the label?

HipHopDX: People know the history of the collective and how rocky it got at one point. What are you making sure you’re going to do this go around that you didn’t the last time?

Jones: At this point, I’m a little bit older now and a lot of the things we were doing are different now. As I move differently, I think differently. My moves are more complicated, especially with the business. When I was younger I was still in the midst of doing what young people do which was having fun.

That kind of was a little deterrent for my business because it didn’t mix and I didn’t have the mindset to kind of do both at the same time. One was spilling over to the other and it caused my decisions to not be the best ones I wanted to make at the time with the success I could’ve had. I’m not one to be mad about anything; the journey is the journey I love every bit of it.

HipHopDX: As you know, the road to running a label isn’t easy. What’s the one thing that you’re most concerned about going into this new venture with eOne?

Jones: I’m only worried about encountering the different mindsets of artists. For the most part, they all listen to what I have to say and understand that I been here for a while. They take my word for what it is. We all grown men at the end of the day, but new artists get anxious and discouraged. There’s a whole bunch of emotions moving as you think things aren’t moving as fast you would like them to move. I think that’s one of the good things about me is that I can take my past experiences and put it in front of them so they understand the road and journey they about to go on.

HipHopDX: What’s crazy about this second half of your career is you have even more coming out. What’s next and what is the secret to this MVP-esque run?

Jones: The album with Scram Jones, Meet The Jones’s is coming in July. The Yung Berg album is coming in the 4th quarter. But there really isn’t a secret bro. It’s just hard work, dedication and a lot of prayers. Some of us are lucky and I’ve been fortunate to have God and luck on my side. My persistent will to win, stay afloat and be relevant pushes me because I haven’t reached a goal of doing 5% of what God has me here to do.