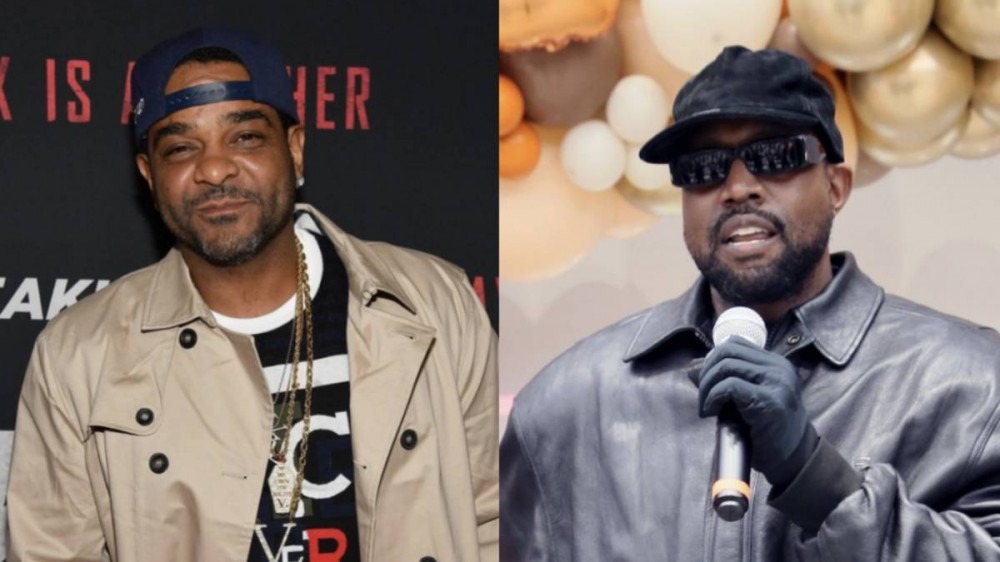 Jim Jones and Kanye West go way back thanks to their association with Roc-A-Fella Records in the early to mid 2000s. Both were influential figures in Hip Hop in their own right, especially when it comes to fashion, although their respective careers have taken different paths since then.

Kanye went onto grow his Yeezy brand into a billion-dollar sneaker and clothing empire while Jimmy’s Vampire Life Clothing company has enjoyed success among a smaller demographic. According to the Dipset capo, though, his status as a fashion trendsetter is on par with that of Mr. West.

“It’s a big difference between splashin’ and fashion,” he said during a recent visit to Hot 97. “I’m on the splashin’ side, that’s what I do; I drip. Kanye’s more on the fashion side. I might not wear 90 percent of the shit that Kanye wears because it’s fashion, I don’t understand that.

“He might not get into 90 percent of the things I do, but we both complement each other for what we set. The trends that we did set moving forward and what we did for fashion was like an equal thing.”

However, Jim Jones admits there’s another “big difference” between his and Kanye’s fashion footprints, and you just have to look at the bottom line to find it.

“But he done took it to a whole ‘nother level ’cause he figured out how to monetize it and make billions of dollars off the shit,” he added. “I look at him as a evil genius. A lot of times, I make fun of Kanye, but I’m just a little bit pissed off at myself that I’m not as dope as he is.”

The “We Fly High” delved deeper into his history with Kanye West, recalling how Ye’s close friend and collaborator Don C booked him and Cam’ron for one of their very first shows back in 1997.

He then talked about visiting Kanye at his home in New York City and seeing his closets filled from top to bottom with sneaker boxes. It was to the point that Kanye would let Jim take whatever pairs of shoes he wanted.

“Kanye actually did a freestyle for me on the Sizzurp mixtape that I had,” Jim said. “I remember going to pick the CD up from the building that he lived in in Jersey. He had another spot out here in the city, I would go to their house and they would have every closet filled up with sneaker boxes stacked to the ceiling. All Nike shit, like, ‘What size you wear, Jim? Take what you want! Just don’t take the Jordans.’

“They was on it for so long. We started from pretty much similar beginnings with nothing and watching Kanye navigate through the whole game from when he broke his jaw and things like that, it’s dope.”