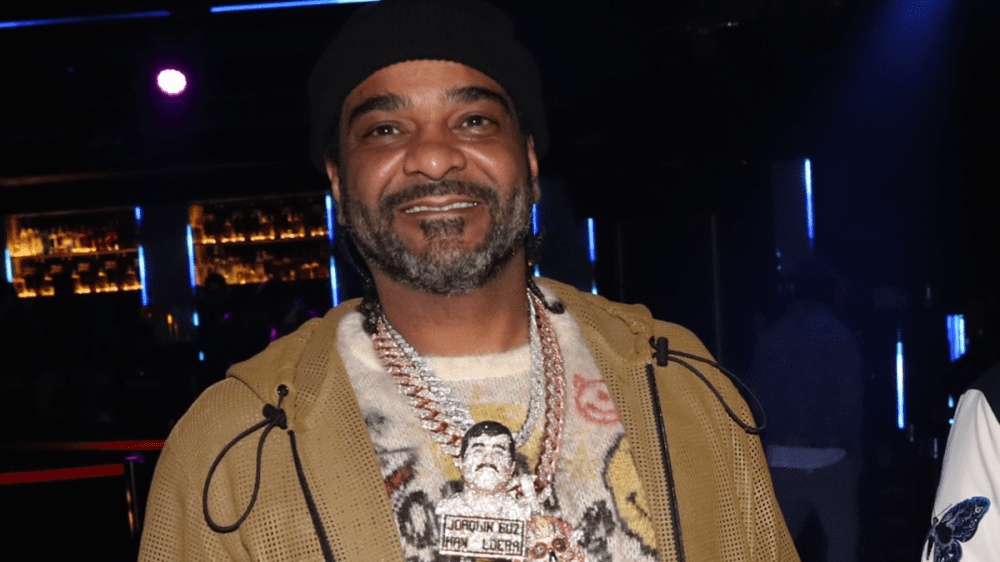 Jim Jones is having a mid-life crisis, and it’s not the one that most people go through, as he seems to be in good spirits while facing the fact he’s getting older.

Last week the Harlem native shared a video on Instagram showing off his new chain he got made by popular jeweler Mazza New York that pays homage to Mexican drug lord Joaquin “El Chapo” Guzmán. In the video, Jones showed off his new piece while wearing a leather Avirex jacket.

Jim Jones began laughing up a storm after someone seemingly commented on his outfit, and the rapper highlighted the chain stating he was “Capo with the Chapo.” The laughter continued as Jim Jones told his viewers to pay him no mind because he was going through a mid-life crisis, and he reiterated that point in the caption of his post.

Even though he feels like he’s getting up there in age, Jim Jones is still putting in work like he was in the early aughts of his career. Last week Capo dropped his latest single, “Gunshot” off his upcoming collaboration album with Hitmaka titled Status Update.

2022 has been a productive year for the Dipset member. He opened the year by dropping his Gangsta Grillz: We Set the Trends mixtape alongside DJ Drama back in January. The project consisted of 25 songs and contributions from Migos, Fivio Foreign, Icewear Vezzo, Dave East and more.

In May, Capo joined forces with Brooklyn native Maino for their joint LP The Lobby Boyz, complete with features from Styles P, Young M.A, Capella Grey, Fabolous, BLEU and Benny The Butcher.

If that weren’t enough, Jones is also planning to drop a Spanish-speaking album titled Broken Spanglish that he’s been teasing on Instagram lately. The album is intended to tie Jim Jones’ Black and Puerto Rican heritages.

The 46-year-old shared a snippet of a new track on IG with a caption that read: “Spanish album loadin ‘broken Spanglish’ #VLLrecords vamplife Latin rec @hightoleranceusa.”