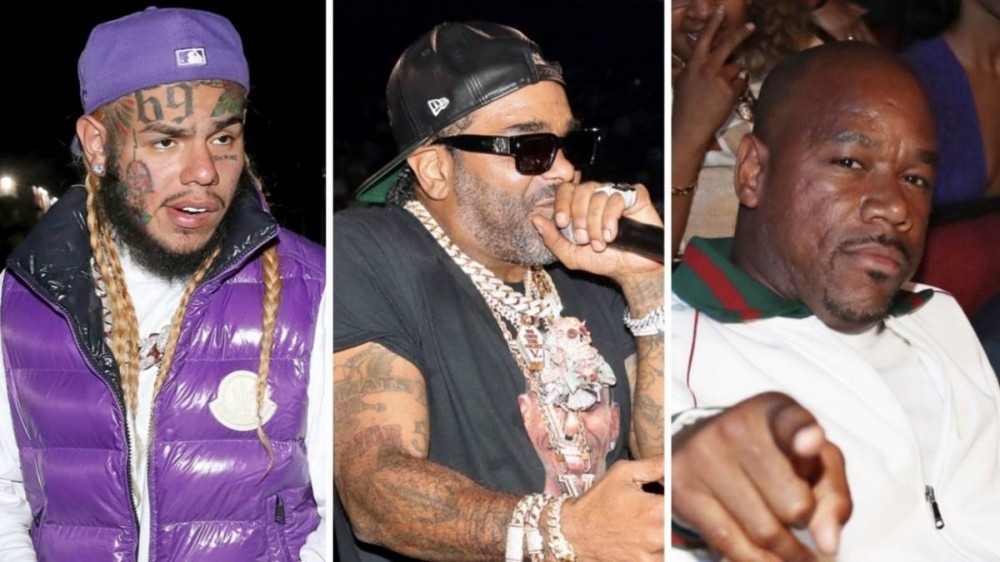 6ix9ine is causing a lot of drama thanks to his conversation with Wack 100  on Clubhouse. The controversial talk has been a buzzing topic on social media, especially regarding 6ix9ine’s remarks about Jim Jones avoiding jail time for calling a hit on him on a wiretap. Now, Jim Jones has something to say about the whole ordeal.

The Dipset Capo took to Clubhouse recently to speak on the claims 6ix9ine is spewing into the airwaves. In true Jones fashion, the 45-year-old made it clear he’s not for all the chit-chat going on between the controversial rapper and Wack 100.

“I’ve been doing this for 20 years, and I make a lot of money, fuck head ass old n-gga, I’m tired of all this shit,” Jones said at the start of the lengthy video shared by Akademiks. “I stand tall for everything I believe in, I always have. No matter what. I’ve been around this whole world. Fuck the country, n-gga, rocking my same colors. Can’t nobody tell me anything, n-gga. You know how we move in New York City, n-gga. I put a whole coast on. I let a whole coast eat. I put this shit in the sky, n-gga. The same way Snoop [Dogg] put the shit in the sky, I put the shit in the sky, n-gga.”

Jones continued to reiterate that people know who he is, and he gets the utmost respect wherever he goes. One of Jones’ friends, the Queens rapper Trav, claimed Wack was acting like a blogger for bringing the “We Fly High” rapper’s court cases up with no knowledge of them, and he agreed.

“You making a good point,” Jones added. “He not bringing up cases. He’s trying to bring down powerful Black men that are in positions to help other powerful Black men. That’s all I been out here doing this whole time is helping out the Black community no matter how people look at it.”

Jim Jones then went down several business endeavors and investments that he’s set up to put people on, such as Quarantine Studios and his Vamp Fitness company. Some fans asked in the comment section why Akademiks didn’t post the part of the conversation where someone had Wack 100 on speakerphone but refused to speak during the call.

This scenario started due to 6ix9ine asking how Jim Jones allegedly ordered a hit on him and can still walk free during that talk with Wack 100. 6ix9ine also claimed Jones did nothing for Nine Trey Bloods Gang members Shotti, Mel Matrix and more despite Capo saying he rode for them back in the day.

Jones had yet to get involved but had Matrix call into that dubious Clubhouse conversation and diss Wack 100 and 6ix9ine. Wack caught wind of the comments and addressed Jones via Instagram Live.

“Ayo, Jim Jones, listen,” he said. “I don’t know what your issue with me is, bro. The kid the one that called you a snitch. Facts is facts, my n-gga. You gave an order and that order was carried out. You got gun cases in Virginia that nobody knows where they went. The fact that you had to have a n-gga from jail call, right. And you on the street. You pussy, my n-gga.”

He continued, “I thought we was better than that but since you want to direct it to me and not talk about what that man said, and what’s on the internet, right, about you talkin’ on a wiretap, lets me know that you are running from something, cause not one time, Jimmy, have you addressed what that man said about you.”

Wack 100 continued to say Jones has to provide the paperwork from a gun charge that mysteriously disappeared in Virginia. But it doesn’t seem like Wack will get what he wants, though, as Jones continues to ignore all the drama that’s surrounding his name.