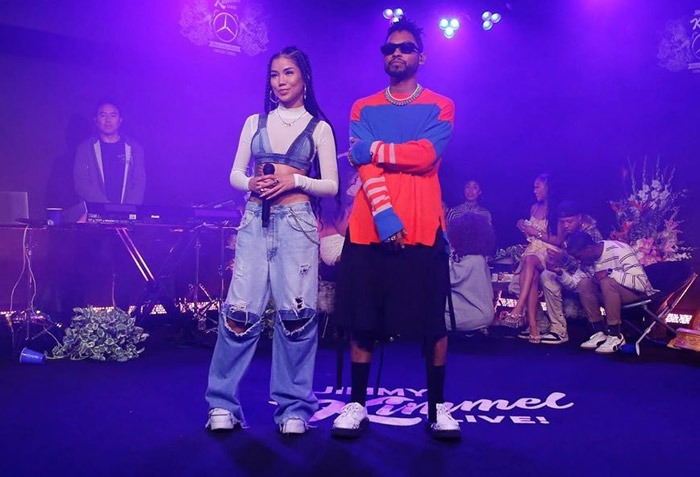 In the midst of uncertain times, Jhené Aiko spread some sunshine during her late-night appearance.

A week after her “Ellen” performance, the R&B siren took over “Jimmy Kimmel Live!” to perform her Chilombo single “Happiness Over Everything (H.O.E.)” with Miguel. Following an introduction from guest host and former presidential hopeful Pete Buttigieg, Jhené brought the song to life by recreating the party vibe from the music video, complete with tiki torches, Polynesian dancers, and a harpist.

“Way out there in TV land, hands up,” said Miguel while standing alongside Jhené.

The “Kimmel” performance was taped without a studio audience, a move many talk shows are taking due to the coronavirus risk. Meanwhile, three other late-night programs—”The Late Show,” “The Tonight Show,” and “Late Night,” have decided to suspend production of new episodes until later this month.

Chilombo, which features appearances from Nas, Big Sean, and John Legend, is expected to debut at No. 2 on the Billboard 200 with 140-155,000 equivalent album units. Jhené has also announced plans to release a deluxe edition.