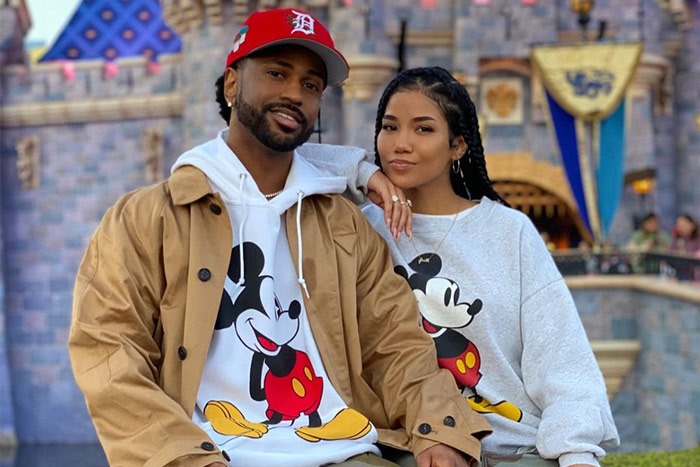 The couple took the day off and visited Disneyland on Friday. They came dressed for the occasion, sporting matching Mickey Mouse hoodies and sweaters while posing in front of Cinderella Castle and on Main Street. Their private tour guide showed them around the park, including the new Star Wars: Galaxy’s Edge. They enjoyed rides including Space Mountain and even got a custom caricature drawn of themselves.

While Sean has lived in L.A. for many years, it was his first trip to Disneyland. “Mannn all the time I spent in LA n I never went to Disney Land, I was trippin like a mufucka… until today,” he said, while Jhené added, “his first time @disneyland ☺️ so much fun !! happy valentine’s day.”

Mannn all the time I spent in LA n I never went to Disney Land, I was trippin like a mufucka… until today

The TWENTY88 collaborators even witnessed a proposal as a man got down on one knee and popped the question to his girlfriend in the middle of the park. Sean filmed the surprise moment and congratulated the couple.

Their date night continued with dinner before Sean surprised his Valentine by renting a hotel room in Beverly Hills and filling it with roses and red heart balloons. Jhené shared video of the sweet surprise, soundtracked by her song “P*$$Y Fairy (OTW),” as she walked down the hall which led to the bedroom, where rose petals were laid out in the shape of a heart and Sean was waiting for her on a chair.

Jhené and Sean weren’t the only ones going all out for Valentine’s Day. Quavo also surprised his boo Saweetie with a violinist, while Future and Lori Harvey celebrated their first Valentine’s together.