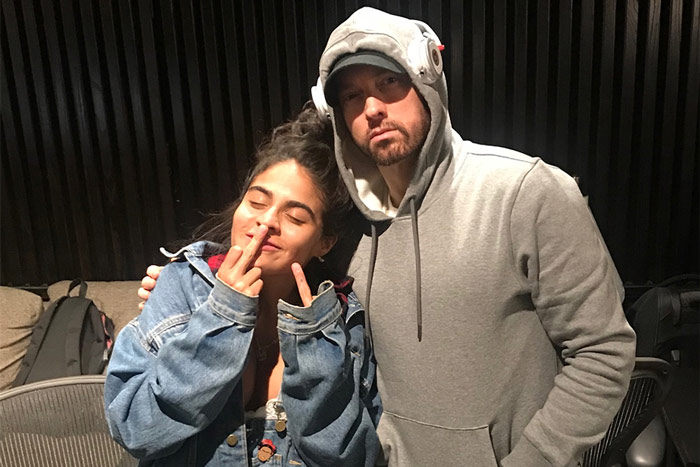 Jessie Reyez releases her highly-anticipated debut album Before Love Came to Kill Us today featuring a collaboration with Eminem.

The Canadian singer-songwriter reunites with Slim Shady on “Coffin,” which follows their 2018 collaboration “Good Guy.” The melancholy track finds Jessie having suicidal thoughts about her lover.

Despite the coronavirus pandemic, Jessie decided not to delay the album’s release. “It messed me up because I was like ‘I don’t want to seem insensitive,'” she told The New York Times. “I’ve grown up thinking about death as something that could easily happen tomorrow. But I know that for everybody else, there’s a lot of fear right now. I’m conflicted. But I’ve decided I’m putting out because indecision never did anything for nobody.”

The 14-track album also features 6LACK on the previously-released “Imported” and “I Do,” for which she released a somber video.

Stream Before Love Came to Kill Us below.