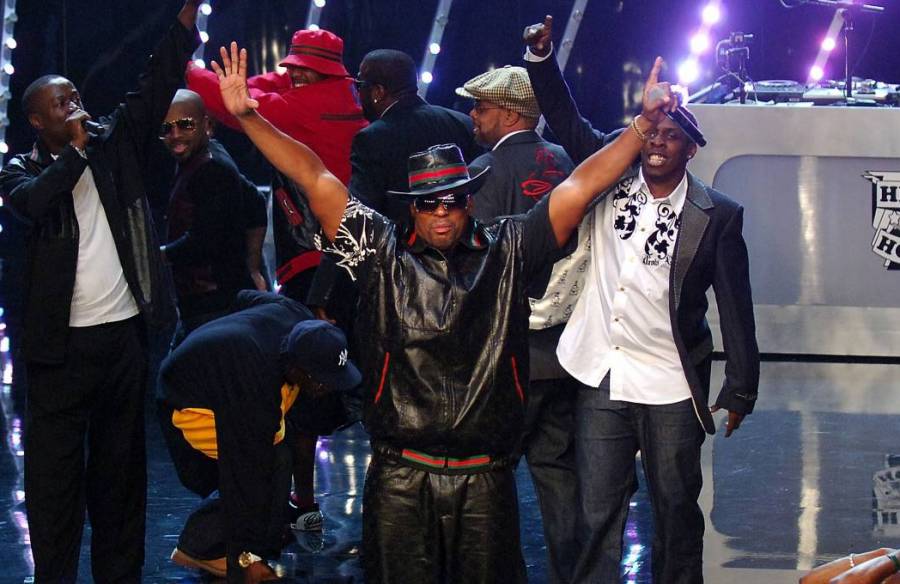 The sad news of original Whodini member Ecstasy’s passing on Wednesday (December 23) has trickled down throughout the Hip Hop community and the late rap pioneer’s legacy is being honored all across the board.

Most notably there was Jermaine Dupri, who has gone on record numerous times attributing his time as a youth backup dancer for the “One Love” Hip Hop group to launching his successful dive in the music industry. Taking to Twitter, he showed his gratitude to his longtime friend.

“My God, this one hurts me so bad,” JD began. “I can’t even believe I’m posting this,Ex you know I love you … thank you for every word,every conversation every good time,may your soul Rest In Power” while adding a series of praying and dove emojis.

Public Enemy frontman Chuck D harkened all the way back to 1987 to share tour stories while A Tribe Called Quest leader Q-Tip proclaimed Ecstasy to have “the most under appreciated voices in hip hop.”

Born John Fletcher in New York City, Ecstasy helped deliver some of rap’s most recognizable anthems during its commercial onset, including “One Love,” “Freaks Come Out At Night” and “Friends” — all of which have been sampled heavily by every Hip Hop generation since Whodini’s 1980s heyday.

HipHopDX sends its condolences to the family and friends of Ecstasy. Check below for more salutations, memories, and digital flowers from the likes of DJ Premier, Questlove, Phonte, Nelson George and many more.

My God, this one hurts me so bad,I can’t even believe I’m posting this,Ex you know I love you 🙏🏾🙏🏾 thank you for every word,every conversation every good time,may your soul Rest In Power 🕊🕊🕊 #whodini q pic.twitter.com/6RGuOankWl

1987 I entered the @Defjam tour w PE. I tended to be nervous looking at 15000 fans in front of me every night. There were 2 MCS that directly mentored my calm that summer. 1 was @RealDougEFresh the other was Ecstacy of Whodini. Always there to reassure w advice tips #RestInBeats pic.twitter.com/UzCj5RN4ve

RIP to Ecstasy from https://t.co/MiqnKeBFeK of the most under appreciated voices in hip hop. Too many hits! Condolences to his fam ✨🙏🏾✨

A TREMENDOUS LOSS OF OUR HEROES…
NO ONE DID IT LIKE THIS…
THE VOICE, THE ZORRO STYLE HAT,
THE ICONIC HIP HOP THAT WHODINI BRINGS TO HIP HOP…
[R.I.P. Ecstasy]🙏🏾👑🕊
SALUTE JALIL AND GRANDMASTER DEE…
LOVE TO THE FLETCHER FAMILY… pic.twitter.com/vdhDYwR7rw

Peaceful journey to The Legendary Ectasy of Whodini. Prayers up for his family and friends. My brother #onelove @ Brooklyn, New York https://t.co/8KiYYqR4YW

One Love to Ecstasy of the Legendary #Whodini. This man was legendary and a pivotal member of one of the most legendary groups in hip hop. This is sad man. https://t.co/ZRSqI7555F

The first hip hop show I ever attended was the Fresh Fest at the Greensboro Coliseum with Run DMC, Fat Boys, and Whodini. Rest In Peace, Ecstasy. One love.

Terrible news. Rest In Peace to one of my heroes: the great ECSTACY of WHODINI ! One of my favorite vocalists EVER from one of the BIGGEST groups HipHop ever saw. Nobody sounded better on records than Ecstacy. The definition of a Golden Voice. This hit me hard. #GoldenEra pic.twitter.com/edp8lyz7BT

A lot or rappers are standing on the shoulders of giants like Ecstasy & Whodini and don’t even know it! What an influential group and artist. RIP JOHN FLETCHER AKA ECSTASY! 🙏🏾♥️👑 #onelove pic.twitter.com/IIpx9OFqyD

Today we lost a member of our Hip-Hop family whose vocals were unmistakable and whose presence is irreplaceable. Our thoughts & prayers are with friends & family of John “Ecstasy” Fletcher of Whodini. #RIP 🙏🏾 pic.twitter.com/pBblWmgMKV

Lighters up for Ecstasy from Whodini, the first rap stars from Brooklyn. So many seminal records. Groundbreaking music backed by the genius of Larry Smith. 🙏🏼😔

WHODINI is a big part of WEST COAST culture. Thats all you heard slappin out of the OG's bucket.

Another blow in a bad year. John Fletcher aka Ex of #whodini has just passed. The trio, along with producer Larry Smith, made the first hip-hop records that black radio embraced. Personality, humor and hooks.

RIP to Ecstasy. I have such fond childhood memories of hanging out at Battery Studios while Whodini were recording some of their legendary music. Learning the basics of breakdancing from Whodini producer Larry Smith (who sadly also passed a few years ago). #OneLove

#RIPecstasy My full heart goes out to the family and friends of the legendary Ecstasy from the landmark hip hop group #Whodini. They were the first to make adult hop hop, with melodic music, huge soundscapes and sex appeal for the ladies. This man will be SORELY MISSED! pic.twitter.com/y7zn5jdM4G

R.I.P. Ecstasy of Whodini, the first rap group I ever heard and still one of my favorites today. Many of their songs are perfect but “One Love” is my favorite. Most rappers I like have sampled or interpolated it, from E-40 to Nas to Lil Flip. https://t.co/Frn2GXjdJ7

whodini represents a breakthrough for hip-hop, not just in terms of classic records but tours, memorable fits and more. prayers to john fletcher, his family and all the fans who grew up dancing and rhyming to “freaks come out at night,” “five mins of funk” & more #whodini

Just got the sad news, Ecstasy of #Whodini passed away today.. Thank you for the music of my youth.. I always loved the Zorro hat!!! Condolences to his family. pic.twitter.com/6zdSQTdAI4