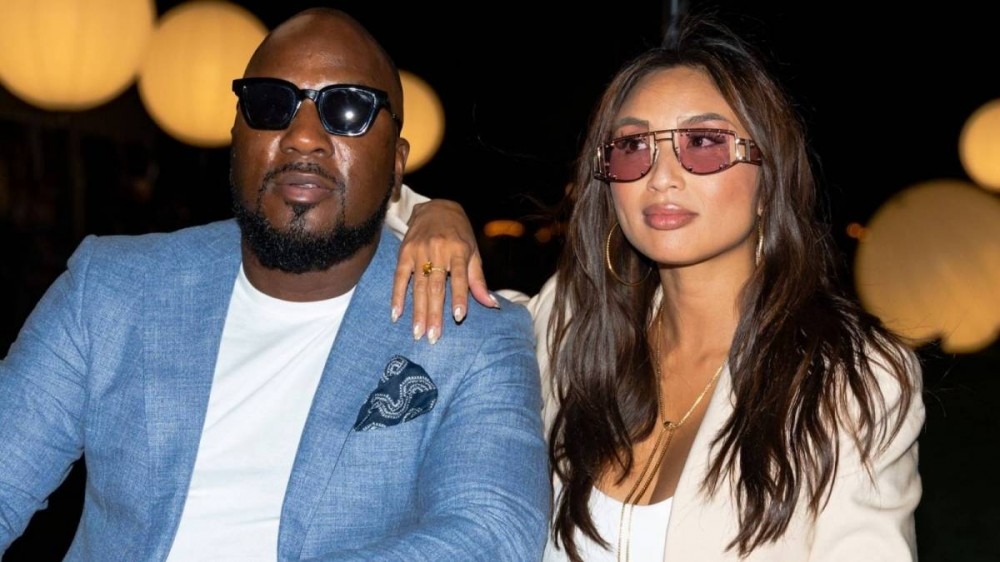 Jeezy and The Real co-host Jeannie Mai quietly tied the knot during a private Atlanta ceremony in April. Five months later, the couple is expecting their first child.

Mai made the announcement during Monday’s (September 20) episode of her talk show and admitted they’d been keeping it under wraps since they got married.

“Jeezy and I have been kind of saving this and hiding this for five months,” she said. “So, we’re relieved to finally share the news.”

Jeezy and Jeannie Mai are expecting their first child together 🍼 🚼

Jeannie Mai didn’t always intend to have children. In fact, not wanting kids was a major factor in her 2018 divorce from Freddy Harteis. But she said on The Real, “Love can really change you.”

She added, “And falling in love with Jeezy, meeting someone who also didn’t feel safe in their life, we began to really create a place where our happiness spelled out what safe looked like around us. So, as soon as you feel safe, in a healthy relationship, all of a sudden you start having visions and dreams and for both of us at the same time, it would be becoming parents, having kids.”

Mai and Harteis were together for 10 years before they split. During an episode of The Real in October 2018, she said she’d always been transparent with her ex about her unwillingness to have a baby.

“When we were dating, I was always very vocal — because I’ll never lead a man on when I know I don’t want to have children,” Mai said at the time. “So, I was always honest about that. I think we were both so young — it was like 14 years ago — I think he also thought, ‘You know what, we’re so in love I don’t want that either.’ He could have been happy not having children with me.”

She added, “When you physically see how a man is with a child, and if the man really desires to be a father, and you know that you are that block between that happening, you just don’t feel right about yourself every single day.”

But apparently, Mai changed her mind after meeting Jeezy and is willing to have a baby Snowman.