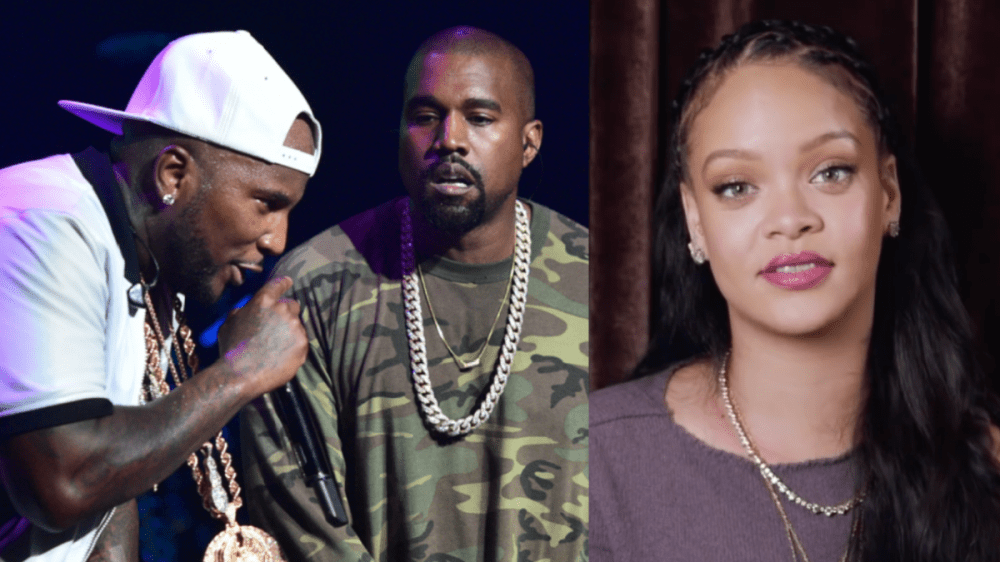 Jeezy has teased collaborations with Kanye West and Rihanna on his upcoming Snofall mixtape.

The Atlanta rapper shared part one of a documentary on the project called The Making of Snofall on Instagram on Monday (October 17), which captures him cooking up in the lab with J.U.S.T.I.C.E. League, the production team behind “F.A.M.E.,” “Bury Me a G” and “Word Play.”

At one point in the video, a handwritten tracklist for Snofall appears on a whiteboard behind Jeezy, showing appearances from Ye and RiRi, as well as Post Malone, DJ Khaled, EST Gee and 42 Dugg.

The tracklist features 13 songs, including a track called “Michael Jackson Jeezy.” However, it’s unclear whether the tracklist is final.

Jeezy announced Snofall earlier this month as a collaboration with DJ Drama and DJ Cannon, with the project set to be released on Friday (October 21).

Jeezy previously collaborated with Rihanna on “Hard” from her 2009 album Rated R, while teaming up with Kanye West on “Put On” from The Succession and “Amazing” from 808s & Heartbreak in 2008.

His vocals also famously appeared on Kanye’s hit single “Can’t Tell Me Nothing” from 2007’s Graduation album. Speaking to HipHopDX in 2019, Jeezy explained how the song came about.

The CTE boss continued: “Time goes by, six months later, I’m in L.A., [Kanye] calls me to come to the studio, he wanted to play me something. He played me ‘Wait ‘Til I Get My Money Right,’ which is the same song and same verse that he sent me, he just added another verse to it.

Jeezy’s last album The Recession 2 was released in November 2020. The project featured Rick Ross, Yo Gotti, E-40 and more, and debuted at No. 19 on the Billboard 200 with roughly 28,000 total album-equivalent units in its first week.