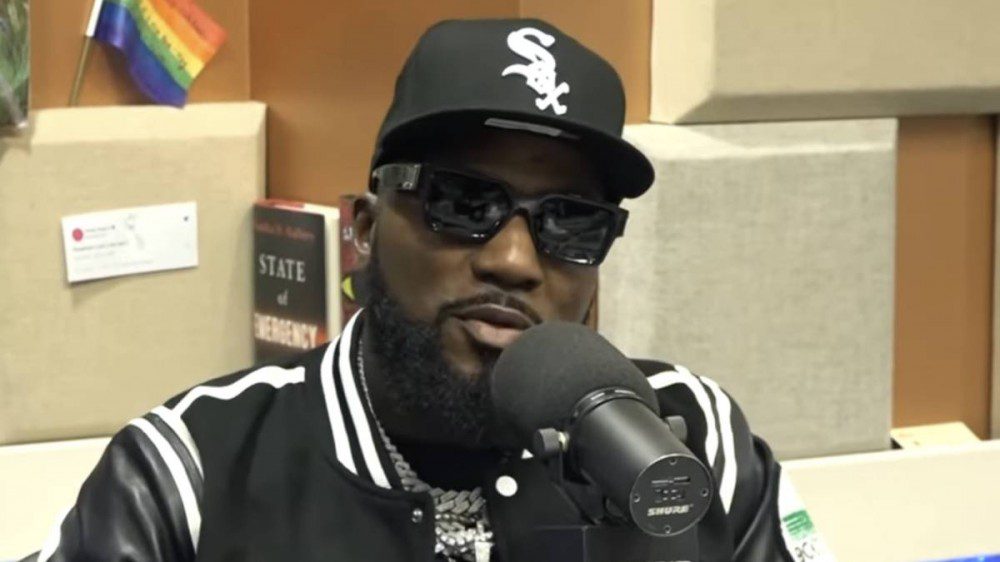 Jeezy no longer cares about having street cred and recently explained why during a recent visit to The Breakfast Club to promote his new Snofall mixtape.

On Wednesday (October 19), Charlamagne Tha God saluted the Atlanta native for representing the streets throughout his career but also praised him for growing up and understanding street cred doesn’t matter.

When asked if he remembered the time it started to click for him, Jeezy explained it happened when he went into all these spaces with the big rollers and saw they didn’t care about his street résumé.

“I really think that when you start walking in those rooms, and you trying to do business, nobody really care about what you done on the streets, and then as a man you shouldn’t care,” Jeezy said. “Cause what people think about me ain’t none of my spiritual business. It’s just not, but for me I don’t need validation by what you consider to be real for me to be a real man.”

Jeezy says street cred is no longer important to him: "I don’t need validation to be a real man"https://t.co/FoC4kxW3kg

Jeezy brought up the time he, along with six other people, was arrested in 2014 in Irvine, California, after a man was shot and killed backstage at the Under the Influence of Music tour co-headlined by the Snowman and Wiz Khalifa. No one was charged but that brief time in jail made Jeezy think about what he was doing with his life.

“Lets take the rapper and artist out of it, and a lot of the things I did because I was trying to get validation,” Jeezy added. “I wanted people to know my issue. I’m doing this now, and the last time I got locked up in LA when that accident happened in The Bay like that’s when I was really like, ‘You got the world, you successful, you on tour, you doing 30,000 people a night and you in jail. For what?’

“I’m sitting there going like, ‘I’m really throwing my whole career away.’ I’m trying to live by a stereotype of the code and if I do go to prison, ain’t none of these people finna send me money. They ain’t finna write me.”

Jeezy shared similar sentiments during his conversation with Hot97 that same day when he spoke on his truce with Freddie Gibbs. The CTE boss admitted that miscommunication ruined things between him and Gangsta Gibbs, and he realized he couldn’t let his ego get the best of him in those situations.

“It’s about communicating and then your ego not leading, and I’m really intentional about making sure that I reconnect with a lot of people, not no Kumbaya, but just like I had love for you, and it was my wrongdoing or me reacting to what you did to me then you know,” he said.

“Especially if you mean me well, like if you mean me harm or something like ain’t no way in hell, but if it’s love and it’s been love, but we had a miscommunication or somebody was talking through somebody else, and the word got to me. That happened before where people think you ain’t keeping your word, but you talking to somebody else, you got my line hit me directly.”