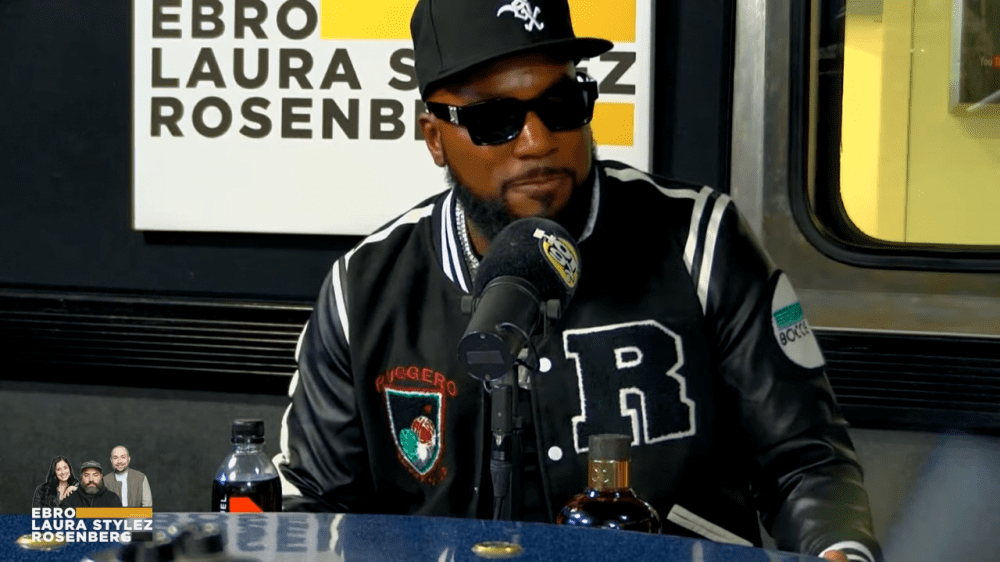 An episode of SpringHill Company’s The Shop was pulled before it aired due to hate speech from Kanye West. Another guest in the episode was Jeezy who is getting ready to release his Snofall project with DJ Drama.

During a stop at Hot 97, Jeezy was asked about the incident, which he eloquently sidestepped.

“I was just there to do my thing. But again, it’s not my business or place to speak on another man,” Jeezy said. “That’s just how I’m rockin. I was like, ‘Damn. They canceled me, I gotta go see Ebro now. I got a project coming out.’ Shoutout to Snowfall right now.”

Jeezy did state that he didn’t take the episode cancellation personally, understanding business.

Ye was set to be a guest on The Shop. According to Andscape’s J. Tinsley, SpringHill Company CEO Maverick Carter has canned the episode.

Yesterday we taped an episode of The Shop with Kanye West. Kanye was booked weeks ago and, after talking to Kanye directly the day before we taped, I believed he was capable of a respectful discussion and he was ready to address all his recent comments. Unfortunately, he used The Shop to reiterate more hate speech and extremely dangerous stereotypes.

We have made the decision not to air this episode or any of Kanye’s remarks. While The Shop embraces thoughtful discourse and differing opinions, we have zero tolerance for hate speech of any kind and will never allow our channels to be used to promote hate.

I take full responsibility for believing Kanye wanted a different conversation and apologize to our guests and crew. Hate speech should never have an audience.

Ye was set to appear on the show alongside designer Salehe Bembury and Jeezy. LeBron James, who frequently appears on the show, was not in attendance for the taping.