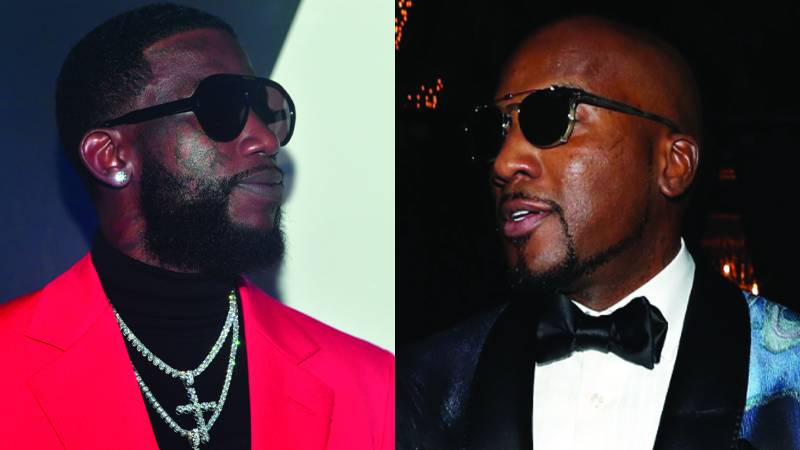 Longtime adversaries Jeezy and Gucci Mane came face-to-face at Atlanta’s Magic City on Thursday night (November 19) for the highly anticipated Verzuz battle. The event finally ended a nearly 20-year beef between the two veteran rappers and elated rap fans everywhere — and Verzuz has the numbers to prove it.

According to an Instagram post from VerzuzTV, the epic showdown shattered numerous records, making the Jeezy and Gucci Mane event the most-streamed in the Verzuz platform’s history with over 9.1 million people tuning in.

“The numbers are officially in, and a huge thanks to all of you who tuned in as we broke our all-time livestream viewership record on Thursday night with the first episode of season two of Verzuz,” the caption read. “On a minimum level, 9.1 MILLION people watched this epic, legendary showdown between @jeezy and @laflare1017.

“This viewership number from last night actually makes Verzuz bigger in ratings than the MTV VMA’s, NBC’s The Voice, the Billboard Awards, the CMA’s, the Latin Grammy’s, Dancing With The Stars or The Masked Singer respectively on any given night for those primetime shows this year.”

As the post explains, the Jeezy versus Gucci Mane battle pulled in over 1.8 million concurrent viewers, over 126,800,000 in-stream likes and over 7,000,000,000 (yep, seven BILLION) impressions. Unsurprisingly, the event was Twitter’s No. 1 trending topic on the night it aired.

The battle got underway an hour after its scheduled start time and once they arrived, things heated up quickly. LaFlare kicked off the event with the 2012 Jeezy diss track “Round 1” and it just got more disrespectful from there.

Toward the end of the evening, Gucci put 2013’s “The Truth” into play, another Jeezy diss. That was evidently where The Snowman drew the line and he stopped Gucci in his tracks, delivering an impassioned speech about the state of the culture.

“See when I called you and extended this invite, my nigga, I did it as a real man,” he said. “It’s been 20 muthafuckin’ years… you still talking the same shit. The shit we came from in the street, we been through it, dawg. Twenty years and when I said I wanted to do this for the culture, that’s what I wanted to do. I brought you here to show you the world care about what the fuck we got going on because we are the culture. Me and you, where we came from, what we been through, nigga, us.

Fortunately, the two men were able to shake hands as the battle concluded with Gucci saying, “No disrespect. It’s all love.” Watch the clip below.