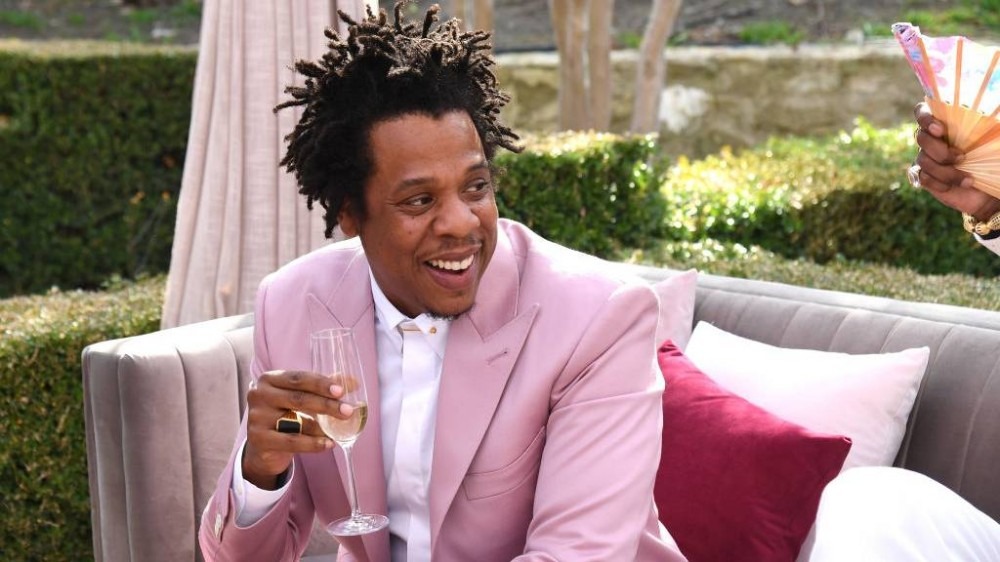 Los Angeles, CA – When JAY-Z, Hip Hop’s Mark Cuban, announces a new entrepreneurial venture, the rest of the industry takes notes. So, when it was announced in late October that the Marcy projects-bred rap legend was launching his own cannabis line, MONOGRAM, a partnership with the marijuana company Caliva, Hip Hop heads and weed enthusiasts alike were excited.

Despite his stature, JAY-Z’s foray into the herb business is far from the first time the two cultures have mixed. Cannabis and Hip Hop have gone hand in hand since the genre’s birth in the 1970s. But it was over the past few years that legal cannabis became a lucrative side-hustle for rappers. As decriminalization and legalizations continue across the country, the weed business is projected to only continue to grow in scale.

Whether it be Wiz Khalifa’s Khalifa Kush strain, Jim Jones’s Saucey Farms & Extracts line, or B-Real’s Dr. Greenthumb dispensary, Hip Hop is active in the weed game. Here are seven notable rappers involved with cannabis and the gas that has become their new hustle.

JAY-Z has been serving as Caliva’s Chief Brand Strategist since 2019, but he just announced MONOGRAM, a collaborative line with the cannabis company which is committed to “refining standards, [and] redefining growth.” It’s through a bold dedication to consistency, quality and sustainable efforts that set MONOGRAM apart from the competition. Small batch sizes allow for growers to focus intensely on each plant and properly provide the care it needs. With MONOGRAM’s official launch on Thursday (December 10), fans indulge in flower and pre-rolls products that range from “Light” “Medium” and “Heavy” potencies.

When you think of weed and Hip Hop, you either think of Snoop Dogg or Pittsburgh’s Wiz Khalifa. With albums titled Rolling Papers and Kush & Orange Juice, Wiz’s love for green is a well-established fact. The 33-year-old rapper is prominent in the cannabis industry, too through collaborations with cannabis accessory company RAW. Alongside his signature RAW papers, Wiz’s strain, Khalifa Kush, said to be a descendent of the iconic OG Kush, has become so legendary amongst smokers that securing it even in legal states can prove to be a challenge. “Smoke the KK & you’ll have a good day” wrote one reviewer on Leafly. We have every reason to trust Wiz’s preferences on this matter.

Asking which state produces the best weed will elicit some polarizing responses. Some will claim Washington to be the holy land for bud. Some will say the mountains of Colorado are ripe with the best green (I am one of those people). But most likely, you’ll hear California. The late Nipsey Hussle’s Marathon OG strain highlights everything great about Los Angeles kush. An Indica-dominant strain that smells, like its OG Kush predecessor, of lemon and spices. Though Nipsey had cut weed out of his life, he only sold the best.

The “We Fly High” rapper of the Diplomats is no stranger to the weed business. His brand, Saucey Farms & Extracts, is a “premier company using a revolutionary patented extraction method to provide true full-spectrum cannabinoid-rich oil.” The former New Yorker’s brand certainly focuses on cartridges and distilled extracts, but it also carries a selection of high-quality strains for those who need to burn something, not just vape it. But if you are a fan of the slyness and potency of cartridges, the Saucey brand ensures you’re getting every bit out of the plant during consumption—this isn’t the average cannabis oil, it’s for real-deal smokers.

As a rapper, Berner might not be common a household name as the rest of the members of this list, but he’s a power player in the cannabis industry. His brand, Cookies, has been lauded as one of the most premium labels in all of weed.

The Cookies company sells the best in cannabis and also has expanded into a lifestyle brand that sells clothes and accessories. Most notoriously, Berner is responsible for Girl Scout Cookies, one of the hottest strains in every part of the country.

In 1998 Cypress Hill frontman B-Real rapped on “Dr. Greenthumb,” “Hello my name is Dr. Greenthumb / I’d like to tell you just where I’m from / In the hills where the trees grow wild with weed fields.” Now, thanks to his Dr. Greenthumbs dispensary, we can reap the benefits of the secrets B-Real has learned about weed over the years. The Sylmar, California-based shop only sells what B-Real himself would smoke, and this includes everything from the best flower to the best topicals, edibles and concentrates, highlighted by Insane OG — a strain so-loved by Cypress Hill that he named it after one of the group’s most famous records.

The King of Kush. The God of Ganja. The undisputed Chairman of Cannabis. Snoop Dogg is for the culture. Alongside creating some of the most blazing weed anthems in music’s history, Snoop also has his hand in the pot industry. He has Snoop Dogg OG, an Indica-heavy strain that comes from Lemon OG and the iconic Sour Diesel, as well as Leafs By Snoop, an upscale cannabis company that was founded in Denver in 2015.

However, his influence on marijuana culture is most prominently seen through his smoke-centric media outlet, Merryjane.com, which regularly reports on the ins and outs of the industry and provides helpful information for everyone from the casual smoker to the iron lungers.