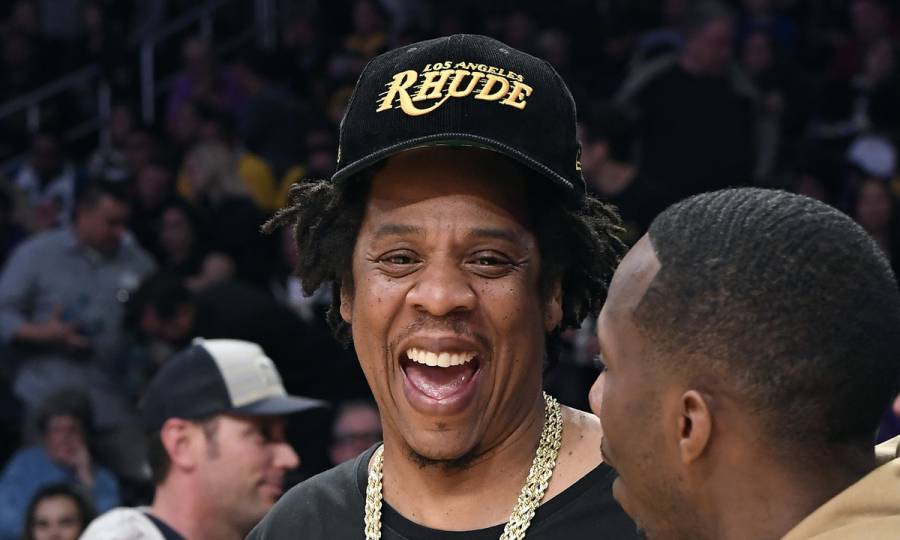 Being around JAY-Z can be nerve racking. The Roc Nation mogul is a legend in the Hip Hop game with massive amounts of wealth and he continues to trailblaze his way through the industry. Meetings like that call for someone to look and act their best in front of a person like Hov. The same couldn’t be said for actor Damson Idris.

On Thursday (March 11), Roc Nation senior vice president of A&R Lenny S took to his Instagram to share a clip of an interview the Snowfall star had with Good Morning America‘s Robin Roberts. In the video, Idris tells the story of when he jumped on a Zoom call with Jay.

As the tale goes, Idris received a friend’s notice to join a Zoom call celebrating Lenny S’s birthday. The actor revealed he didn’t know what Zoom was at the time, so he expected only a handful of people like on a Skype call. Now, Zoom can hold 40 people or more in a meeting and when Idris called into the room, that’s precisely what he saw.

“I jump on the Zoom and immediately everyone’s laughing because I’m topless,” Idris recalled to Roberts. “I thought there were going to be four people there and it’s literally 40 people there and I hear a distinctive voice and the voice is like, ‘Hey man, this man on here topless with his nipples out and he got the grey headboard. Yo, who’s in charge of this Zoom? Yo Schaffer, you in charge of this Zoom? Yeah, you see that guy Damson, kick him out.”

Idris was terrified to find out the voice that was talking to him was none other than JAY-Z himself. As he realized he was amongst Jay and other celebrities such as Meek Mill, Tiffany Haddish, Kevin Hart, Dave Chappelle, Michael B. Jordan and more, Idris did a bit of quick thinking on his part and tried to play off why he got on the call shirtless.

“I’m like ‘Hey guys, you know it’s late in London let me just get a hoodie, I was going to bed, you know how it is,’” Idris said.

According to Idris, Jay wasn’t buying his bull and proceeded to call for his exit from the call.

“‘Ok,’” Idris said, imitating Jay’s distinctive voice. “‘So you wear a hoodie to bed? OK, well, you know, you busy like you said. You in London, so obviously, you know it’s Lenny’s birthday, so why don’t you give your little speech and be on your way.”

Idris told Roberts he couldn’t have been more embarrassed or upset with himself at that moment.

Hov isn’t one to waste his time looking at people who get on Zoom calls shirtless. His time is money and Hov is careful about how he expends it, like how he’s been landing massive deals over the past few weeks.