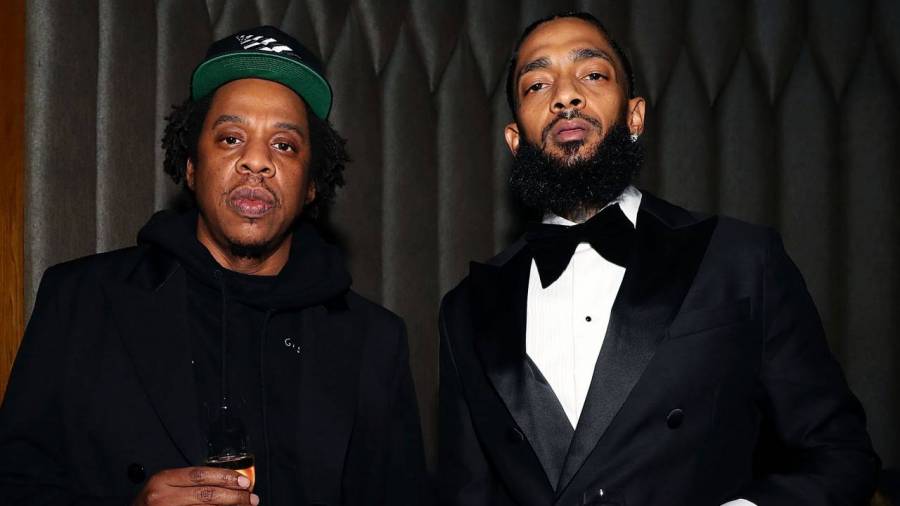 With the Judas and the Black Messiah soundtrack set to arrive on Friday (February 12), the film rolled out its star-studded tracklist on Tuesday (February 9) and fans’ eyes immediately were glued to a posthumous collaboration between Nipsey Hussle and JAY-Z.

Executive produced by Hit-Boy, “What It Feels Like” marks Nip and Hov’s first official collaboration. HipHopDX’s 2020 Producer of the Year continues his hot streak by serving as an executive producer alongside Black Panther director Ryan Coogler on the blockbuster’s soundtrack.

Many questioned Nip’s strategy to price his 2013 Crenshaw mixtape at $100 apiece, but Hov was one of the few believers and paid it forward by purchasing 100 copies of the project. Jay became fond of Hussle’s movement and paid tribute to him at his Webster Hall concert shortly after his death in 2019 during a freestyle.

Hussle was shot and killed in front of his Marathon Clothing store on the afternoon of March 31, 2019. The All Money In founder was just 33 years old at the time of his death. Suspect Eric Holder was arrested for the fatal shooting and has since been charged with murder, attempted murder, assault with a firearm and possession of a firearm by a felon.

Blacc Sam, Nip’s brother, explained to Billboard the only way a posthumous Nipsey album could be released would be in conjunction with a documentary on his life, which the Asghedom family is working on.

Find the entire tracklist below.

Tracklist for "Judas and the Black Messiah" soundtrack unveiled

The biographical drama details the betrayal of Fred Hampton, chairman of the Black Panther Party in the late 1960s pic.twitter.com/Tol3plKJtL