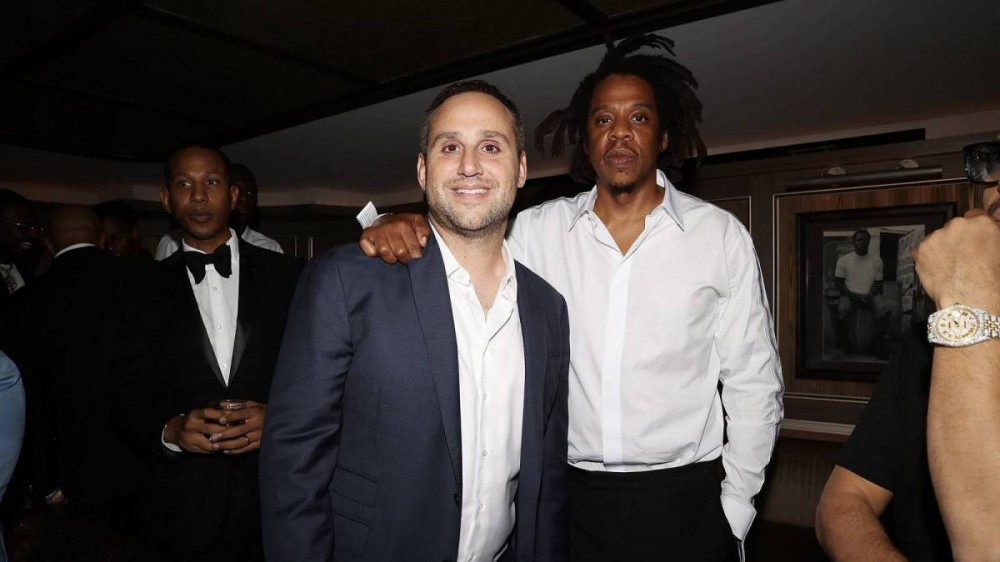 Exclusive – JAY-Z is taking a massive dive into the sports betting business, and he’s making waves while doing it. The Brooklyn rap legend recently submitted an application to the New York State Gaming Commission requesting approval for an online sports betting license. If all goes as planned by December 2021, JAY-Z will be the first Black man to have a license for a gambling application in such a field.

JAY-Z joined forces with his good friend, Fanatics owner and Philadelphia 76ers co-owner Michael Rubin to get this new business endeavor off the ground. Together, Hov and Rubin will form Fanatics Sportsbook, and there’s a good chance the gaming commission will approve their license given JAY-Z’s high-profile status.

JAY-Z’s friendship with Michael Rubin is well-documented as they’ve partnered up on several ideas, such as their most important project, the REFORM Alliance. For Rubin, joining forces with Jay on Fanatics Sportsbook is a move that both parties are ecstatic about and hopefully changes the game in the billion-dollar sports gambling industry.

Michael Rubin spoke about the excitement regarding the new partnership with Hov on Fanatics Sportsbook during his walk down the blue carpet for the 18th-anniversary celebration of JAY-Z’s 40/40 Club last Saturday night (August 28).

“We couldn’t be more excited about it,” Rubin told HipHopDX. “It’s so exciting for the first license that is applied, for it to be in New York, where Jay is from, who also has so much iconic history, he’s so special to the world but even more special to the state of New York.”

New York State is known for its strict gambling laws, such as prohibiting mobile sports betting. However, those laws are changing after legislators approved mobile sports betting in April, and JAY-Z is once again showing he’s ahead of the game when it comes to being a businessman. According to Michael Rubin, JAY-Z’s impeccable business-savvy mind sets him apart from the rest.

“He always figures out how to win, and he’s got great vision,” Rubin said when asked what is it about JAY-Z that makes him the best partner on this project. “He’s always thinking about where the world is going, and we have all these different business conversations, and it’s funny [because] I feel like I’m always asking him questions about where he thinks something is going to go. He’s got great vision.”

He added, “We were just talking last week, and we’re a large shareholder of Lids, the hat retailer, and he was telling me about how he sees headwear where it’s just another accessory like sneakers and how everyone is going to dress in the future, he was giving his vision for that.”

When it comes to gambling, having great vision is a vital trait, especially in the casino. From time to time, Michael Rubin gets a few games in with Hov and Meek Mill at the tables, and they’re putting up a lot of money. When asked who’s better at the tables, Rubin gave props to both rappers as they have the best energy going into these games.

He continued, “I always think you go in there, you have good energy, you want everyone to be happy, you’re taking care of everyone, you generally get good luck. So I’ve seen them both having incredible good luck with gambling.”

JAY-Z and Roc Nation recently invested in Michael Rubin’s Fanatics company. According to Sportico, Fanatics received a private $18 billion valuation, which is triple compared to its valuation from 2020.

CNBC also adds that Fanatics’ valuation is up over $5.5 billion in just five months. Their latest crowdsourcing of funding sees over $325 million being poured into the company from Hov, Roc Nation and others.