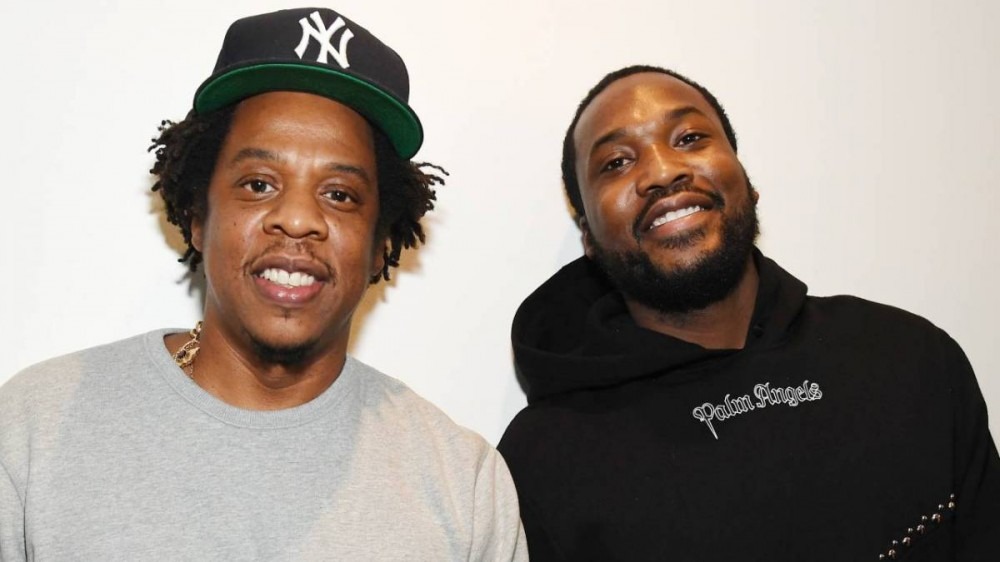 JAY-Z and Meek Mill are seeing each other a lot this summer. After connecting at Michael Rubin’s lavish Fourth of July party in the Hamptons, Meek and the Roc Nation CEO linked up again at a studio over the weekend.

“If I ain’t him it’s one of my guys if You the richest In the room you in the wrong room goat talk wit some billionaires I’ll be there soon,” Meek Mill captioned the post.

There isn’t much info as to where or what they could’ve worked on, but the photos surfaced on Saturday (July 10) night with Meek Mill and Hov in white t-shirts sharing a laugh in casual conversation. Plenty of D’usse and other liquors can also be seen behind them in the studio.

JAY-Z and Meek Mill haven’t teamed up on a single since 2018’s “What’s Free” alongside Rick Ross, which landed on Meek’s Championships album. With the three-year anniversary approaching, fans are itching for another project from the Dreamchasers boss.

In other JAY-Z news, Long Beach’s Vince Staples explained why he feels Hov is the greatest of all time in Hip Hop during a recent interview.

“Because he’s JAY-Z,” he told Billboard. “There’s really no other option — it’s Snoop Dogg or JAY-Z. He’s undeniable. You ask me that based on the parameters of the GOAT, people don’t just want to hear who’s music you enjoy the most. It’s success.

“Snoop Dogg is still hella famous and loved. JAY-Z is the same but he’s still doing it in a music sense. JAY-Z is JAY-Z. It’s only one.”

@vincestaples considers JAY-Z the greatest of all time.