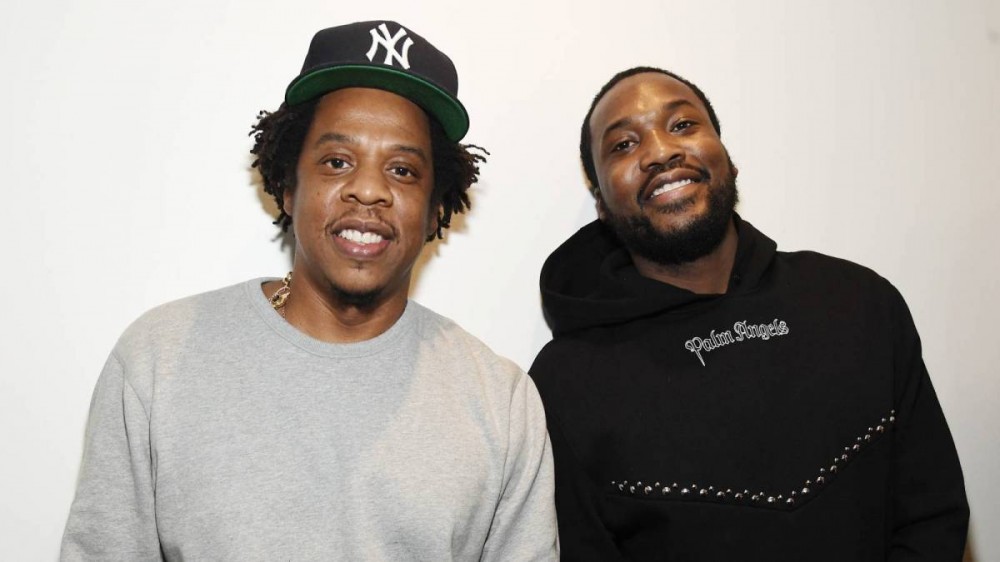 On Monday (June 7), Meek shared a video of Rubin leading Kraft to the front of his home to see the extraordinary and rare gift his friends bought him: a blue drop-top Bentley. As Kraft saw the car in his driveway, he couldn’t believe they got him the exact type and model he had his eyes on for a while. Nevertheless, Kraft was so excited he gave Rubin a huge hug and kiss on the cheek.

“This came from Meek and Jay and Will and Allen and Des,” Rubin told Kraft, who looked in disbelief.

The rare blue Bentley came with a large birthday card that read “Happy 80th Birthday Robert Kraft” on the front. On the inside, it read, “Except you look 40 and act 25.”

Kraft admitted the car is a rare find in the video, explaining his team had difficulty tracking it down. However, Rubin told the Patriots owner they have “resources” with a slight chuckle.

Robert Kraft can show off his new car alongside his buddy JAY-Z’s new purchase. According to a report by Page Six, JAY-Z and his wife Beyoncé are the alleged buyers of Rolls-Royce’s new $28 million Boat Tail convertible car. The $28 million price tag makes it the most expensive car in the world.