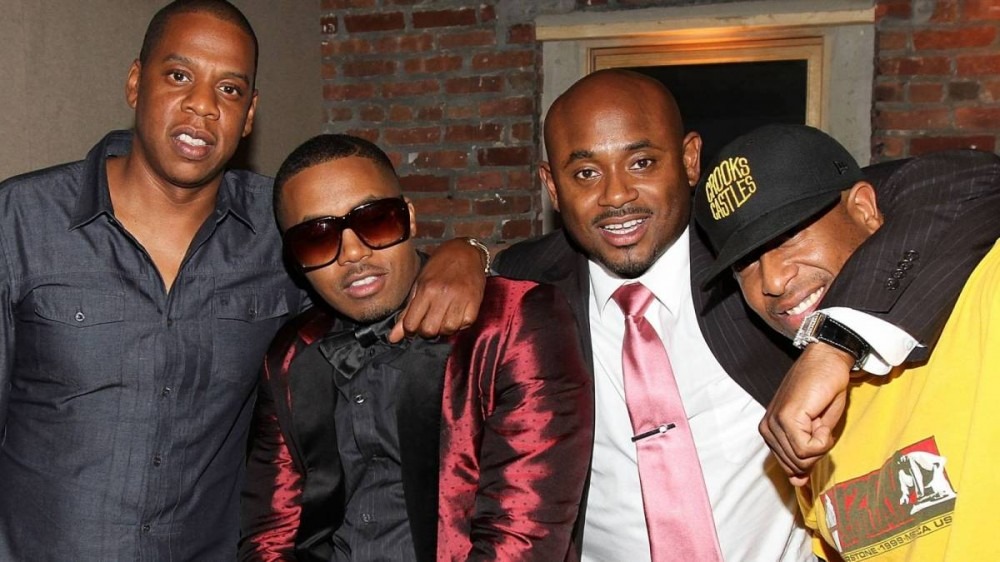 JAY-Z’s 1996 Reasonable Doubt debut turned 25 on June 25 and the Roc Nation mogul has been commemorating the milestone in a myriad of ways.

Not only did JAY-Z release a non-fungible token (NFT) of the project, he also gifted 25 people who helped make the album possible with special diamond pendants.

DJ Premier — who provided production on “D’Evils,” “Friend Or Foe” and “Bring It On” featuring Big Jaz and Sauce Money — shared an Instagram photo last week boasting a handwritten note from Hov and one of the pendants sitting on top of a soundboard.

The note reads, “To Primo! The Best Behind The Beat! Jay-Z.” Premier added in the caption, “VERY SPECIAL INDEED! THANKS JAY! 25th Anniversary Of ‘REASONABLE DOUBT’ #RD25.”

Speaking to HipHopDX, DJ Premier noted longtime Roc Nation affiliate and veteran music executive Lenny S. has a hand in getting the pendants to everyone. He also revealed the pendant is engraved with “25 RD 96” on the back.

Lenny S. shared a photo of all the pendants on the album’s anniversary.

He wrote, “25 years ago today, the undeniable, classic debut album, REASONABLE DOUBT by JAY Z was released. 6/25/96. JAY & the good folks at ROC made 25 pieces of this iconic logo to commemorate this timeless album and the visionaries who worked on it.

“Thanks to all who listened and loved it as much as I did. And thanks to all who participated in this historical project. It’s ROC 4 LIFE !!!! Happy 25th Reasonable Doubt.”

Reasonable Doubt debuted at No. 23 on the Billboard 200 upon its release and remained on the chart for 18 weeks. Lead singles included “Ain’t No N-gga” and “Can’t Knock The Hustle.”

Along with DJ Premier, Ski, Knobody and Clark Kent contributed additional production while Memphis Bleek, Mary J. Blige, Jaz-O and The Notorious B.I.G. were among the project’s guest vocalists.

The album was certified platinum by the Recording Industry Association of America (RIAA) in 2002 and has sold at least 1.5 million copies in the United States.

Revisit the project below.