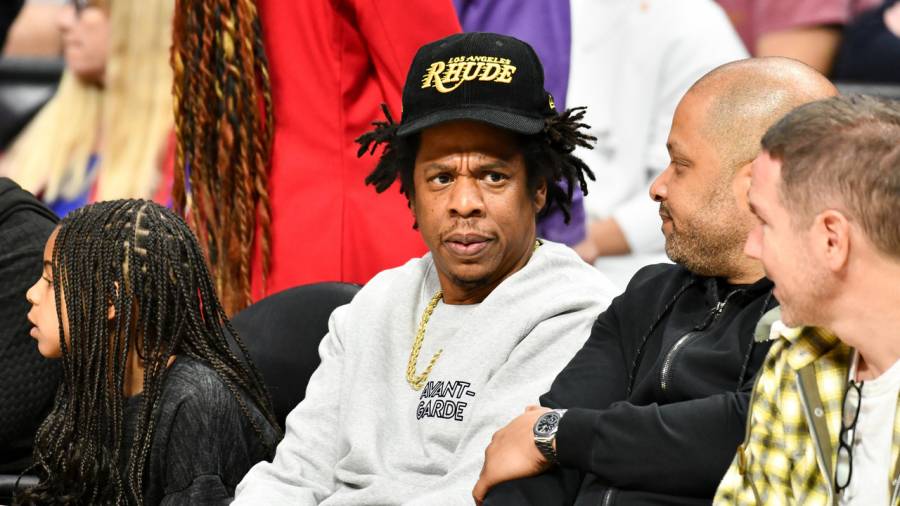 A JAY-Z sighting is rare these days, so fans do their best to get a few photos and autographs in whenever he does make an appearance. On Friday (July 10), cameras caught JAY-Z leaving a building in New York City as fans were waiting for him.

JAY-Z walked to his car with hands in his pockets in the clip before the camera flashes go off. As he’s about to enter his vehicle, the Marcy native stopped to bless some fans who had merchandise ready for him to sign. Hov signed vinyl records of his albums like The Dynasty: Roc-La-Familia, The Black Album and The Blueprint, but there was one item that he refused to sign.

After autographing several pieces of vinyl, a woman pulled out a baseball and asked JAY-Z to sign it. JAY-Z may have made a Yankee fitted more popular than the actual team, but he doesn’t play baseball. The woman was reminded of that when JAY-Z saw the baseball and politely turned her down.

“I don’t play baseball,” he said after telling the woman no with a simple gesture of his head.

Of all the music-related items that JAY-Z could’ve signed, it’s not surprising he was confused at the sight of the baseball. Even though the woman probably called upon his exit after her innocent fumble, she got more than enough signatures on the vinyls.

While he’s not signing autographs, JAY-Z is quietly setting the record straight. He recently shot down rumors Damon Dash made about his relationship with former business partner and Roc-A-Fella Records co-founder, Kareem “Biggs” Burke.

According to Dame, JAY-Z didn’t want to do business with Biggs anymore which led to the dissolving of Roc-A-Fella records in 2013. However, that doesn’t seem to be the case with a recent photograph posted on DJ Clark Kent’s Instagram.

In the picture, Kent stands with JAY-Z and Biggs for a quick photo op with a caption that read, “The Manager • The MC • The DJ • (always great to see my brothers).”