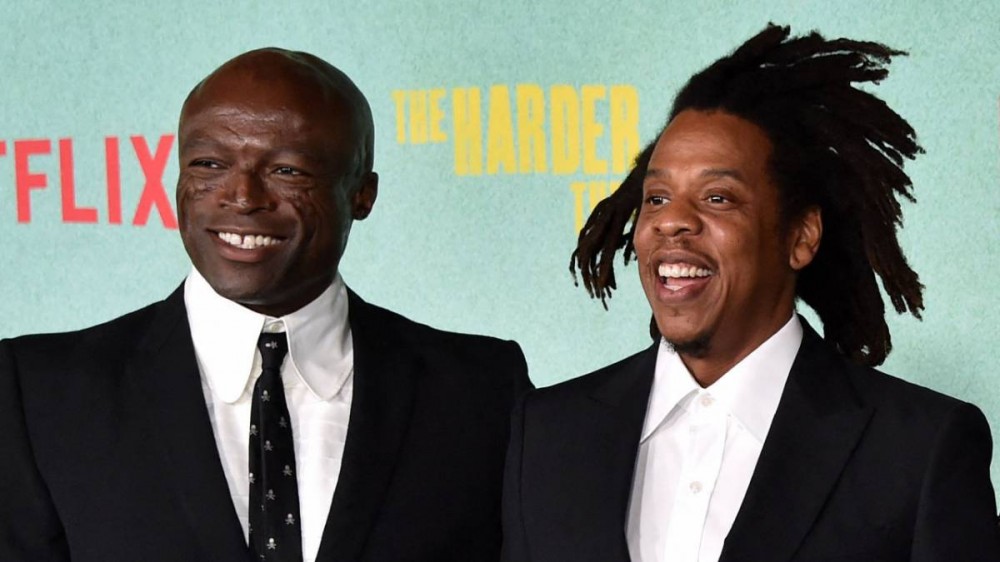 Los Angeles, CA – JAY-Z may make headlines for his moves outside of music these days, but the Marcy Projects mogul revived his catalog of classic hits this week — with help from an unlikely special guest.

On Wednesday night (October 13), Los Angeles’ Shrine Auditorium played host to the U.S. premiere of the upcoming Netflix movie, The Harder They Fall, an all-Black Western co-produced by JAY-Z.

After hitting the red carpet alongside the likes of Regina King (who stars in the movie), Swizz Beatz and Tiffany Haddish, Hov jumped on the mic to participate in an “amazing 90-minute jam session,” according to The Hollywood Reporter‘s Scott Feinberg.

Rocking a sharp tuxedo, the 51-year-old rap legend took it back to the ’90s and ’00s by dusting off old favorites from his decorated discography while his longtime DJ/engineer Young Guru held it down on the 1s and 2s.

JAY-Z wasn’t joined by Beanie Sigel, Memphis Bleek or any of his old Roc-A-Fella running mates, though. Instead, he shared the stage with renowned British singer Seal, who provided backing vocals while Hov performed his Vol. 2… Hard Knock Life cut “N-gga What, N-gga Who (Originator 99).”

Seal, who just so happens to be the older brother of The Harder They Fall director Jeymes Samuel, also performed a rendition of his signature 1994 hit, “Kiss From a Rose.”

After the LA premiere of THE HARDER THEY FALL, director/composer/songwriter Jeymes Samuels, his brother Seal and his producer/songwriter Jay Z had an amazing 90-minute jam session. Here’s a snippet. pic.twitter.com/kLLCSlhJYb

The impromptu set saw JAY-Z also run through “Money Ain’t A Thang,” “U Don’t Know,” an a capella version of “Do It Again (Put Ya Hands Up)” and his “Playoff” remix of Too $hort‘s “Blow the Whistle,” which he recorded in 2008 as a diss toward former NBA player DeShawn Stevenson during his feud with Jigga’s good friend LeBron James.

In addition to co-producing The Harder They Fall, JAY-Z also teamed up with Kid Cudi to record an original song called “My Guns Go Bang” for the film’s soundtrack. During Wednesday’s movie premiere, Hov spoke with Entertainment Tonight about working on the accompanying album.

“We just love to play with the music and put sound beds over things that people don’t think is typical,” he said. “You hear that Barrington Levy — it makes total sense to us, but to the average listener, it’s like, ‘Wait! Those two things don’t go together.’ But they totally do. That was the fun part. The fun part was bending genres and creating with Cudi.”