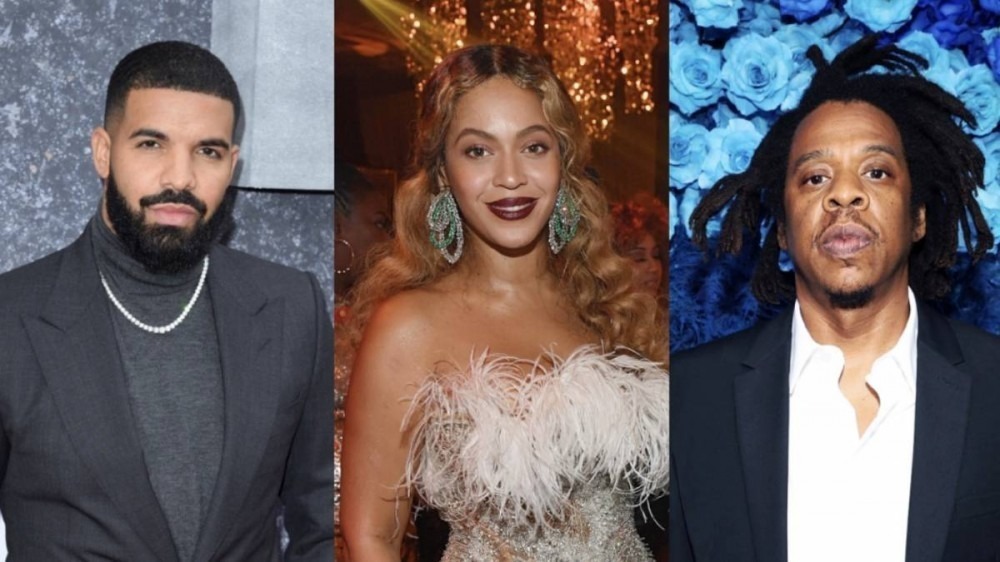 Hours after she unveiled the official tracklist for her forthcoming seventh studio album Renaissance, Beyoncé is back with the credits.

Fans got to see who assisted Beyoncé in the studio while she worked on Renaissance, and the list of collaborators include her husband JAY-Z, The-Dream, Hit-Boy, Raphael Saadiq, Boi-1da, No I.D., Mike Dean, The Neptunes and more.

In addition to the usual suspects, Lucky Daye is also credited on the album, but fans will have to wait for it to drop to see in what capacity each artist contributes. Queen Bey didn’t specify which of them appear as a featured guest, producer, songwriter or in sample form.

Fans have been chatting on social media over the tracklist and credits, but the one song that’s getting a lot of attention is “HEATED,” which Drake is credited on. If Drizzy is actually featured on Renaissance, “HEATED” will be the third collaborative effort from him and Beyoncé after “Mine” in 2013 and “Can I” in 2019.

Hit-Boy hopped on Instagram to express his excitement over his and the rest of the cast’s inclusion on Beyoncé’s new album. The super producer cleverly used a famous picture of JAY-Z to express his feelings over the insane credits list.

Renaissance is scheduled to drop on July 29 and will have 16 songs. Beyoncé unleashed the first single from the album titled “BREAK MY SOUL” last month, which debuted at No. 15 on the Billboard Hot 100 after only three days of sales. The song has already garnered praise from critics and her peers. Even former First Lady Michelle Obama was feeling the record.

“Queen @Beyonce, you’ve done it again!” she wrote. “‘Break My Soul’ is the song we all need right now, and I can’t help but dance and sing along while listening to it. Can’t wait for the album!”

Check out the full tracklist below: