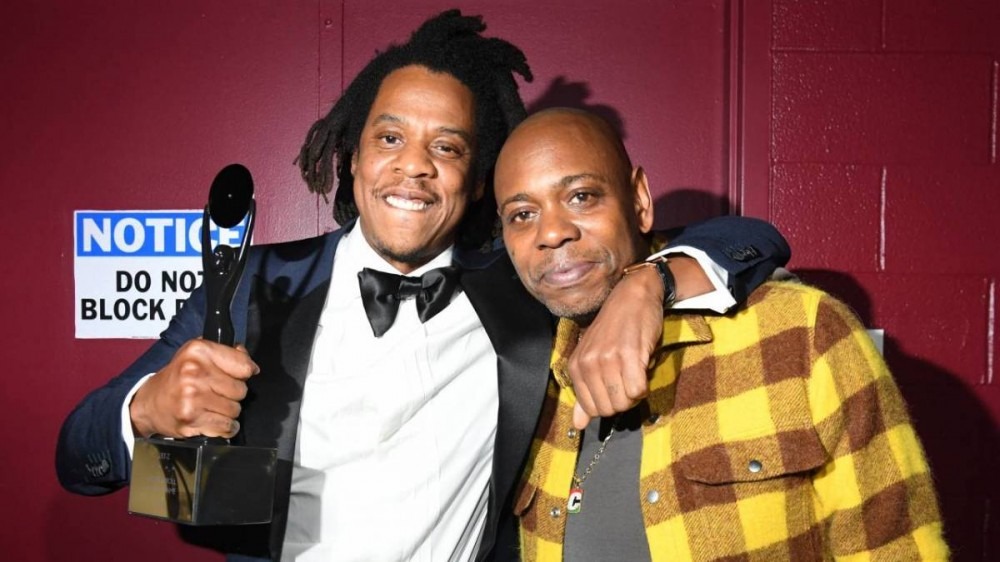 It’s always a rare occurrence when JAY-Z gives an interview, and he took the time to answer a series of questions in a Twitter Spaces room on Friday (November 5) in support of Netflix’s The Harder They Fall film which he’s a co-producer on.

At one point, Jay was asked by Vulture‘s Craig Jenkins about his thoughts on his close friend Dave Chappelle’s controversial The Closer special, and Hov replied calling him “brilliant.”

“I think that Dave is super brave and super genius,” he began. “If you spend time with him, he’s brilliant and I think he pushed a lot of buttons. I mean I watched it sometimes like, ‘Oh!’ But I think that what happens with true art is it has to cause conversation and you know sometimes it’s going to be abrasive and sometimes [it’s] gonna be off-putting too. I think but it opens up an opportunity to have a dialogue about whatever the issue is.”

JAY-Z was then asked if he believed the special to be “divisive,” but he doubled down on his theory that great art has to be divisive on any occasion.

“So I’m not speaking specifically to his work, I think great art is divisive,” the Brooklyn mogul explained. “Some people like it, some people hate it. When you making great art, you have to be fearless and you have to create something that you believe it.”

Elsewhere in the conversation, Jay called out Kanye’s copycat label for Just Blaze’s production on The Blueprint as “unfair,” compared The Harder They Fall to Reasonable Doubt and detailed reuniting with Kid Cudi for the film soundtrack’s “Guns Go Bang.”

“I always loved Cudi,” he said of his “Already Home” collaborator on The Blueprint 3. “I love his pocket, his spirit and the freedom he has in his voice with the choices that he makes. I had that song for a minute and we had it before Cudi was on it… If you look at the 12 bars I do, I basically wrapped the whole movie up in those 12 bars. It’s pretty much a summation of the whole movie.”