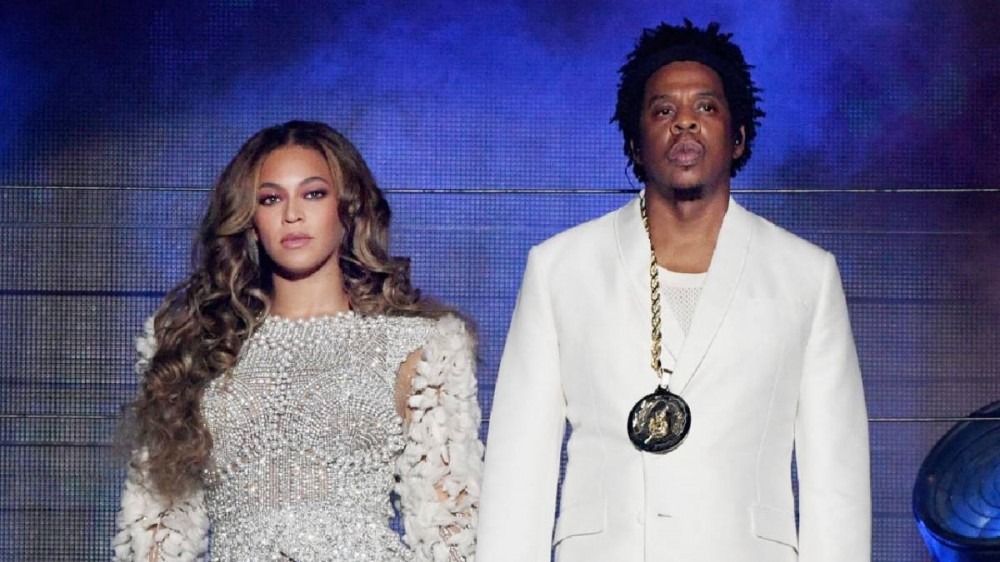 JAY-Z and Beyoncé starred in a new Tiffany & Co. ad campaign called “About Love” last month, which saw the Lemonade singer adorning a 128.54-carat Fancy Yellow diamond necklace worth $30 million, among other items of jewelry.

However, neither the Carters nor the carats were the star attraction of the ad; all eyes were on the rare Jean-Michel Basquiat painting that hung in the background.

After receiving backlash on social media for using a famous anti-capitalist artist’s work to sell jewelry, JAY-Z and Beyoncé are now facing criticism from some of Jean-Michel Basquiat’s close friends and collaborators.

“I’d seen the ad a couple days ago and I was horrified,” Alexis Adler, who lived with Basquiat between 1979 and 1980, told The Daily Beast. She added, “The commercialization and commodification of Jean and his art at this point — it’s really not what Jean was about.”

The fact that Basquiat’s never-before-seen robin egg blue painting, dubbed Equals Pi, was first unveiled in an ad campaign and will now permanently hang on the walls of Tiffany’s flagship store on Fifth Avenue is also rubbing Adler the wrong way.

“Unfortunately, the museums came to Jean’s art late, so most of his art is in private hands and people don’t get to see that art except for the shows,” she said. “Why show it as a prop to an ad? Loan it out to a museum. In a time where there were very few Black artists represented in Western museums, that was his goal: to get to a museum.”

Other Basquiat contemporaries such as Al Diaz, who collaborated with the late artist on their street art duo SAMO, believe his work is being misinterpreted and taken out of context.

“People think that his association with luxury was because he was impressed with that shit, but he couldn’t care less,” Diaz said. “It’s not just about wearing an Armani suit. If he wore it, it’s because he could buy it and fuck it up, it wasn’t because the stitches were fabulous or well-made.”

He added, “It’s lost in translation. People won’t see the depth. At this point the only people that could afford a Basquiat are people he was targeting. Like, you’re the oppressor. They buy it out so that it becomes meaningless.”

Meanwhile, Stephen Torton, who framed hundreds of Basquiat’s paintings and worked as his assistant for many years, believes Tiffany’s wouldn’t have even let Basquiat into their store.

“They wouldn’t have let Jean-Michel into a Tiffany’s if he wanted to use the bathroom, or, if he went to buy an engagement ring and pulled a wad of cash out of his pocket,” he stated. “We couldn’t even get a cab.”

In an interview with WWD, Tiffany & Co.’s VP Alexandre Arnault suggested Basquiat’s choice of robin egg blue in the artwork was an ode to the luxury brand.

“We know he loved New York, and that he loved luxury and he loved jewelry,” he said. “My guess is that the [blue painting] is not by chance. The color is so specific that it has to be some kind of homage.”