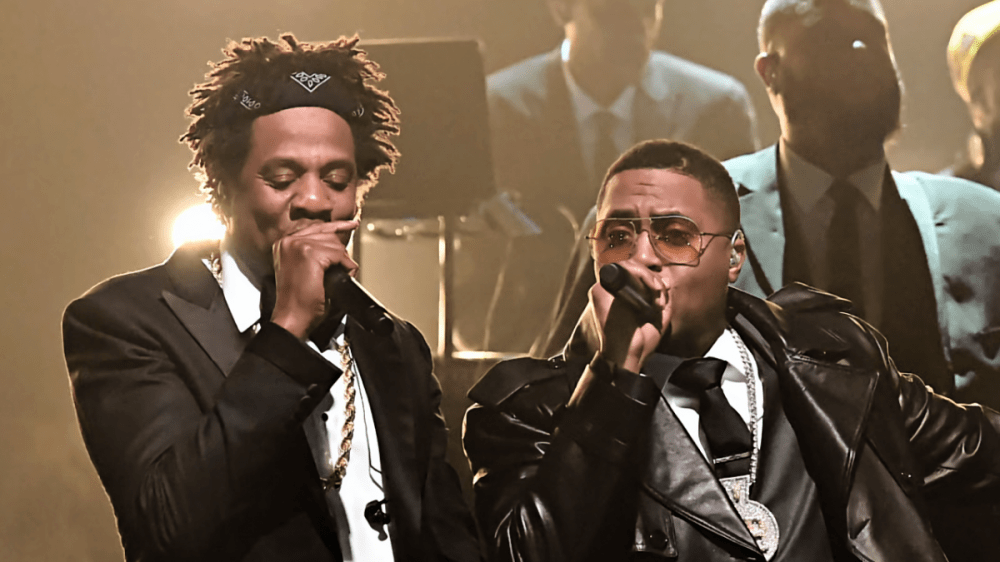 But there was another kingpin who didn’t make the cut: JAY-Z. During a recent interview with music journalist Gary Suarez for his Cabbages newsletter, the Bay Area-based rapper/cannabis entrepreneur revealed he almost landed a Hov verse for Gotti, with the help of his former Roc-A-Fella running mate Memphis Bleek.

“I even reached out to JAY-Z to get on the album,” he explained. “He didn’t get on the album, but he heard the record, it was put in front of him. And there was a rollercoaster for like a week where we thought he was going to do a verse to the project.”

“Shout out to Memphis Bleek,” he added. “The fact I was actually able to put the record in his hands is a life goal on its own, to even entertain that conversation.”

-how a cancer diagnosis sparked his new album GOTTI

-the political climate for cannabis legalization

It’s unclear which song Berner sent JAY-Z, but he believes his tight deadlines are the reason he was unsuccessful in his attempt to nab a Hov collaboration.

“I put time limits on everything. Maybe that’s part of the reason why JAY-Z didn’t do the verse,” he said. “I sent him an incredible record and I told him I needed by this day. And my boy was joking with me, like, ‘Did you just try to on-demand JAY-Z?’

Berner, who was diagnosed with cancer earlier this year, revealed plans to release a deluxe edition of Gotti, but admitted his chances of securing the elusive JAY-Z feature are slim. “I don’t think he’s gonna do it,” he said. “You know, that’s a rare thing.”

Despite his no-show on Berner’s album, JAY-Z has popped up with a number of guest verses this year including on Kanye West‘s Donda (“Jail”), Drake‘s Certified Lover Boy (“Love All”), DJ Khaled‘s Khaled Khaled (“Sorry Not Sorry”) and the late DMX‘s Exodus (“Bath Salts”).

His Kanye and DMX collaborations are both up for Best Rap Song at the 2022 Grammy Awards, nods that helped JAY-Z surpass Quincy Jones as the most nominated artist in Grammys history.

Elsewhere, the Brooklyn-bred billionaire collaborated with the late Nipsey Hussle for the Judas and the Black Messiah soundtrack while linking up with Kid Cudi, Jadakiss and Conway The Machine on The Harder They Fall soundtrack.

Stream Berner’s Gotti in full below.