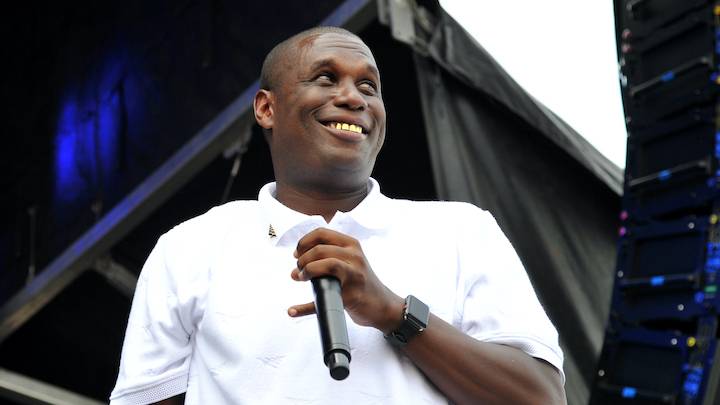 Jay Electronica actually did something fans didn’t think he’d accomplish in 2020, release a full-length album in A Written Testimony. However, the album fans have been waiting more than a decade for in Act II: Patents Of Nobility found its way online Saturday (October 3) in full.

The much-delayed album had been in the hands of Just Blaze and Jay Electronica to the point where a tracklist for the album was shared way back in 2012. At the time, the guestlist for the album included Kanye West, JAY-Z and Diddy among others.

Of the tracks which were on the original Act II tracklist in 2012, only “Shiny Suit Theory” made its way onto A Written Testimony. The leaked version of Act II contains not only “SST” but also “Road To Perdition,” “Life On Mars” and “Better In Tune.”

Being moved by records is nothing new for a Jay Electronica fan. However, the New Orleans MC found himself stepping away from the studio after hearing Big Sean and Nipsey Hussle’s “Deep Reverence” record earlier this year.

“He dropped in one day and he listened to one song that me and Hit-Boy produced for Big Sean that features Nipsey Hussle,” G. Ry, one of the producers of the track told HipHopDX. “He listened to that song and he was just like, so mind-blown. He was like, ‘This is amazing. I have to go.’ He was literally there just for that 3 minutes and 40 seconds and left. … He was like, ‘This is so incredible. I heard everything that I needed. I have to go now.’”

With a version of Act II finally being out in the wild, Jay Electronica fans are more than happy with what did get leaked. Stream the album and see some of the fans’ reactions below.

Jay Electronica had this fucking album in the stash for 10 years dog and it sounds beautiful pic.twitter.com/IU5qvsaXnt

Honestly, Jay Electronica just leaving this Act II album on a hard drive somewhere collecting dust for a decade is such a great flex. I respect it

Act II is finally out in the universe? 👀

With that being said, the fact that we’ve gotten to hear two Jay Electronica projects this year confirms that nature is most definitely not healing

The OG Jay Electronica album we never got just leaked. I honestly thought I’d never see the day… this is WILD 😳😳 pic.twitter.com/aHWmUV83dO

This leaked Act II Jay Elec album is waaaay better than the one he actually dropped.

“we preach apocalypse written by John the revelator
but won’t even speak to a stranger ridin on the elevator
or step to the side when we standing still on an escalator”
– Jay Electronica pic.twitter.com/PrJ3PhMysf

Yeah I had to run the Jay Elect back one more time.

me blazed af in the backseat of a lexus in 2010: yo jay electronica is 🔥 watch out for his next drop

I don't normally comment on the latest hype drop, but:

This Jay Electronica Act II leak is 1,000 times better than A Written Testimony. Whoever decided not to release this back in 2012 (i'm side-eyeing you, Roc Nation), was a fucking idiot. pic.twitter.com/E4wRPSy2vs

This Jay Electronica album is way better than A Written Testimony and I’m only five songs in. Why he didn’t release this instead of letting Jay Z wash him for 30 mins on his debut I will never understand.

Jay Electronica wanted this album released in 2012 but Roc Nation wanted him to make it more mass appealing so it never came out. He doesn’t own the masters to it either.

I think he might be happy that this is finally getting out. Or at the very least he doesn’t care.