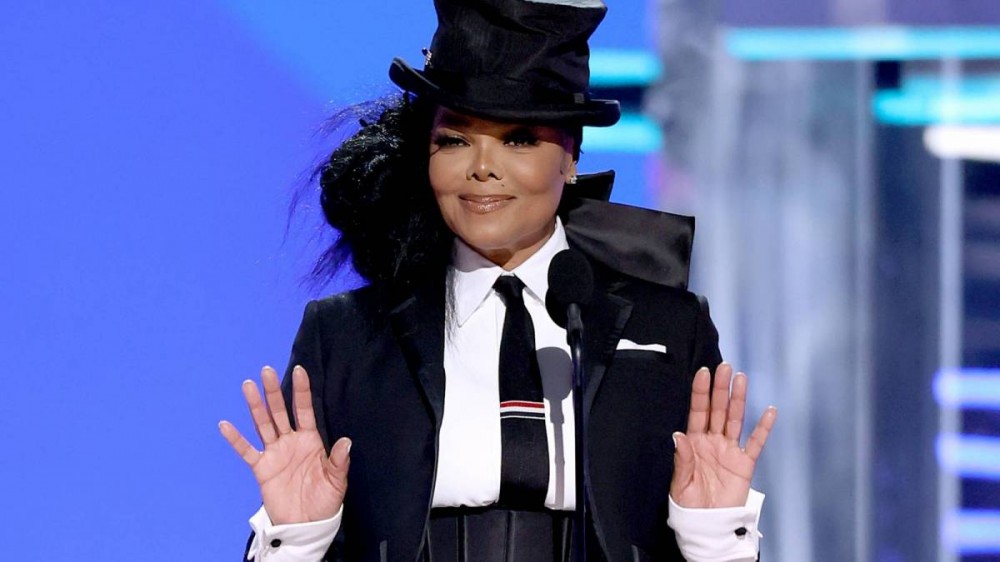 Las Vegas, NV – Janet Jackson turned 56 on Tuesday (May 16) but celebrated with her friends early in Las Vegas over the weekend. The pop icon was in Sin City for the 2022 Billboard Awards where she presented the Icon Award to fellow music legend Mary J. Blige.

Producer Jimmy Jam and his wife Lisa Harris were among the many who helped Jackson celebrate another revolution around the sun. In several Instagram photos of the festivities shared to Harris’ account, Jackson is photographed next to her ex-boyfriend Jermaine Dupri, a reunion that likely made So So Def alum Bow Wow and Da Brat happy.

In July 2021, Bow Wow shared a throwback photo of Jackson and Dupri posing with Mickey Mouse and wrote in the caption, “Can we go back to the old days @jermainedupri pops I know u miss her! Because the shit u been pulling up with lately has been BASURA [trash].” Da Brat chimed in, “MAN! FAX! Like please lets go!”

Janet Jackson and Jermaine Dupri dated for roughly eight years before calling it quits in 2008. Speaking to T.I. for his expediTIously podcast in April 2020, Dupri revealed neither one of them was willing to move to their respective cities. Jackson was living near the sun-filled Pacific Ocean in Malibu, while Dupri was still in his homebase of Atlanta, Georgia.

“I started seeing so many other things that I wanted to do, and so many other places that I wanted to go,” he said at the time. “I started thinking like marriage for me wasn’t gonna work. Just, something about it. When you feel like you’re ready to get married, you don’t have no answers, you just know what it is. I was in the space. I’m not gon front and say that I wasn’t. I felt married… I think the only thing that created a difference for me was the fact that we didn’t live together. We had an eight year, nine year relationship, but we didn’t live with each other.

“I feel like that’s a part where you really determine if you’re strong. She wasn’t willing to move to Atlanta. She was willing to come out here for a couple of weeks. But living in Atlanta, for her, just didn’t really seem like L.A. I wasn’t ready to move to Malibu… I like it, I fuck with it. but it ain’t… It’s just something about being here. That stuff didn’t feel like the space where either one of us wanted to be.”

In the Lifetime biopic Janet that air earlier this year, Dupri also admitted to being unfaithful to Jackson, obviously something Jackson wasn’t willing to tolerate.

“One of the weird things about dating Janet is that dating Janet attracts other women,” he said. “Girls wanted to talk to me more because I was dating her, which was really weird … and uhh, just yanno … I was a man,” insinuating he wasn’t able to control himself sexually. But Jackson argued it was more than the cheating — Dupri was also obsessed with his work to the point they’d rarely see each other.

“He was a work-a-holic,” she said. “And he was constantly working. I would not see him for like three weeks, a month. And as soon as he would come in, he would go to the club. And it’s like carve out just a little time for me…, and it was hard for him to do. His girlfriend was his work.”

Whatever the case, the two exes have put aside their differences to at least enjoy a semblance of friendship. Check out the photos above.