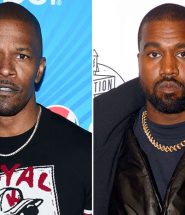 Kanye West made headlines after he announced his plans to run for president in 2020.

But not everyone is here for it. Stephen Jackson is among those who has spoken out against Ye’s bid for the White House. The NBA star reposted a tweet from DJ Hed warning of the dangers of electing celebrities who have never held public office.

“If you wouldn’t hire a plumber to work on the electrical wiring in your house why would you vote this way?” asked Hed. “America’s obsession with fame / celebrity is the endgame.”

Along with his repost, Jackson brought up Kanye’s affiliation with the current President of the United States. “Kanye Trump. Fool u once shame on them fool u twice u and 2x fool. #justiceforgeorgefloyd #justiceforbreonnataylor and so many more,” he wrote, adding, “#ivehadenough of the clown shit.”

Kanye Trump. Fool u once shame on them fool u twice u and 2x fool. #justiceforgeorgefloyd #justiceforbreonnataylor and so many more. #ivehadenough of the clown shit. Love for all who have love for all✊🏿✊🏻✊🏾✊🏼✊🏽✊ Leader of The New School. Leading with Love. Demanding not asking.

His message was liked by over 90,000 of his followers including Kanye’s “Gold Digger” collaborator Jamie Foxx, who was in agreement with Jackson. “Gottdamn right!!!” Foxx commented on the post. “Ain’t got time for the bullshit!!!”

However, friends including Tesla CEO Elon Musk, 2 Chainz, and Ty Dolla $ign were in support of Kanye’s run for office. “Ye for president,” tweeted Ty, while 2 Chainz added, “Shiiit I hated i voted early real talk.”

So my bad I can vote again !

On the Fourth of July, Kanye announced his presidential bid. “We must now realize the promise of America by trusting God, unifying our vision and building our future,” he tweeted. “I am running for president of the United States.”

Despite his intentions, it may be too late for him to enter the 2020 race against Donald Trump and Joe Biden. He has yet to register as a candidate to get on state election ballots and has already missed the deadline for states including Indiana, New York, and Texas.